Pres. Buhari & VP Osinbajo's Declaration of Assets Report to be Made Public Within 100 Days 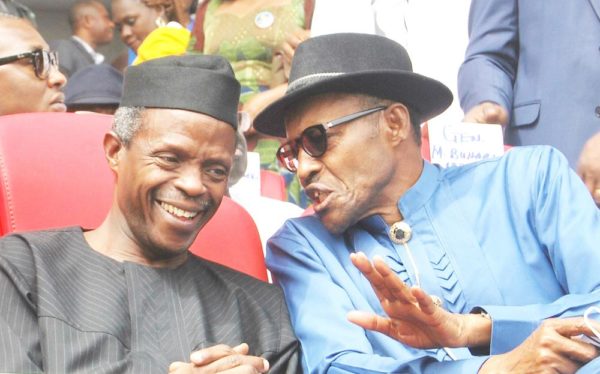 President Muhammadu Buhari says his declared assets and those of Vice President Yemi Osinbajo will be released to the public after their verification by the Code of Conduct Bureau (CCB).

It is hoped that this process will be completed before the expiry of the 100-day deadline within which the Bureau officials said they would do it.

The Senior Special Assistant, Media and Publicity, to the President, Garba Shehu, gave the indication in a statement on behalf of the President on Saturday.

“The duly completed forms by both the President and the Vice President were submitted to the CCB on March 28, a clear day ahead of their inauguration,” the statement said.

It said the statement was to clarify some suggestions that the President and the Vice-President might not, after all, declare their assets publicly.

While such public display of concern is appreciated and valued, it must be said that it is a little precipitate.As required by law, the declaration and submission of documents to the CCB have been made, but there still remains the aspect of verification which the Bureau will have to conduct to authenticate the submissions made to it. In the circumstances, it is only after this verification exercise, and not before, that the declaration can be said to have been made and validated; and only after this, will the details be released to the public.

There is no question at all that the President and the Vice President are committed to public declaration of their assets within the 100 days that they pledged during the presidential campaign.

The President and the Vice President wish to thank Nigerians for their show of concern, and for the confidence they have shown in their leaders’ integrity, as evidenced by the high pedestal of uprightness and expectations on which they have placed them.

36 Houses Razed in Idimu, Lagos as Tanker Transporting Diesel is Involved in Accident