See Blake Lively in "The Age of Adaline" & Melissa McCarthy in "Spy" This Week! Get Hot Tickets on Tripican.com 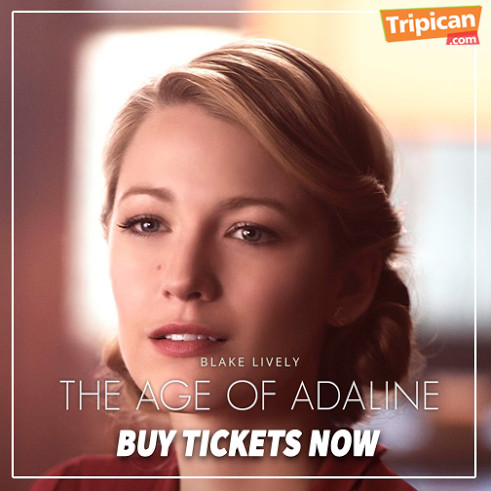 Are you ready for some awesome movies showing at the cinemas this week?

This week, The Age of Adaline and Spy open in cinemas. One is a combo of drama and romance (DraRom), and the other is an action comedy (AcCom). With the rain and the cold, there isn’t a more special reason to spend the weekend snuggled up at the cinemas watching amazing movies.

The Age of Adaline 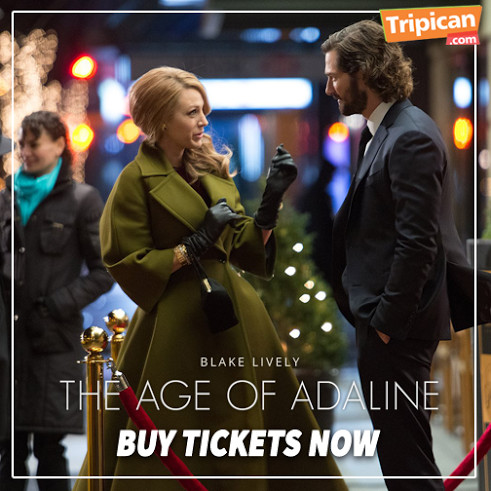 The Age of Adaline is an epic romance fantasy film about a woman – Adaline – who was born at the turn of the 20th century and becomes ageless after an accident happenes. Settling into this life, she meets a man who is about to complicate her life further.

It stars Blake Lively, Harrison Ford, Michiel Husman, and others. It is directed by Lee Toland Krieger and produced by Lakeshore Entertainment.

Watch the Trailer for The Age of Adaline

Spy is an action comedy, directed by Paul Feig and stars notable names like Melissa McCarthy (from Bridesmaids), Jason Statham (from Transporter), Rose Byrne (from Bridesmaids), and Jude Law (from Sherlock Holmes). It was produced by 20th Century Fox.

It tells the story of Susan Cooper who, despite having solid field training, has spent her entire career as the eyes of dashing agent Bradley Fine when he’s on the field. When Bradley is however assassinated by a Bulgarian arms dealer Rayne Boyanov, Susan has to go undercover to help capture Rayne and avenge Bradley.

Watch the Trailer for Spy 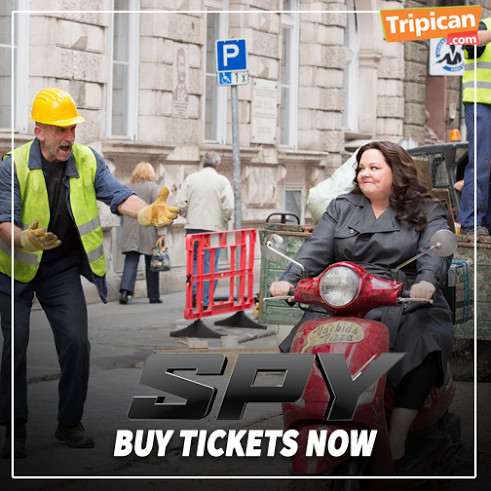 These movies are definitely a MUST SEE! Remember to visit www.tripican.com for other movies showing this weekend, and you can also get your tickets with ease.

See you at the movies!

Powered by a Burst of Music & Energy! Namibian Artiste Lady May is Featured on CNN’s African Voices