American actress Aisha Hinds was one of the stars who attended the premiere of Amazon’s Series ‘Hand of God‘ at Ace Theater Downtown LA on Wednesday, August 19 in Los Angeles, California.

The 39-year-old actress turned heads as she displayed her stomach in a revealing outfit.

She rocked a pair of green harem pants with a black cape jacket with split sleeves and a black bra. She accessorized with a black felt hat, a long silver necklace, a black tote and a pair of chunky heeled sandals. 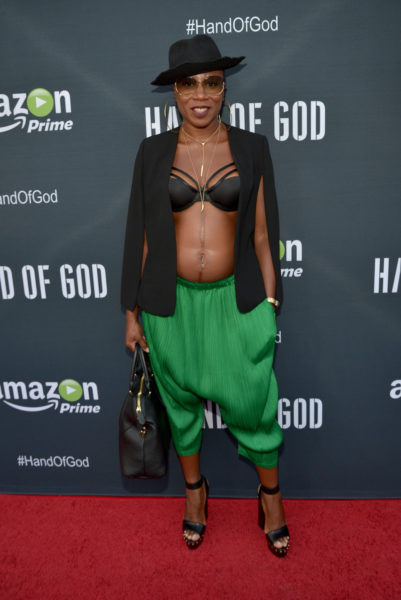 What do you think of her outfit?