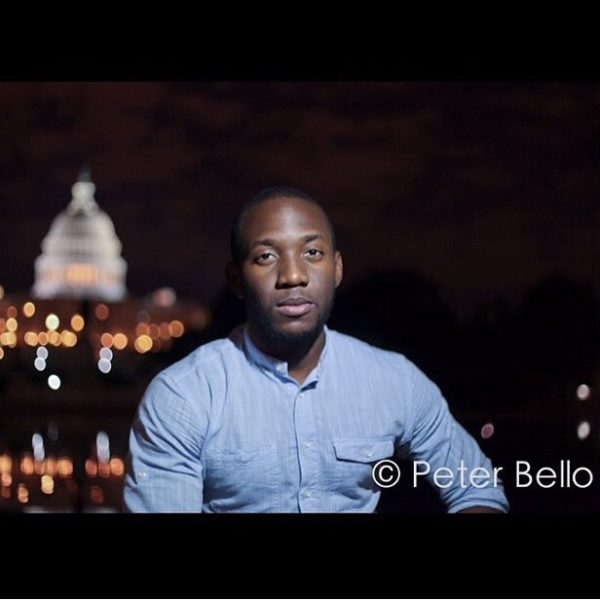 Because our thoughts of death are invariably about life. About us.

He was first Officer of the twin-engine helicopter, operated by the Bristow Grup that plunged into the Lagos lagoon on Wednesday. 6 people were confirmed dead. And Peter, who also took photographs for hobby, was with them.

The Internet has been heart-broken. Apparently for good reason.

I had heard of him, fleetingly, once. But I didn’t know him; had never met him. Apparently, many of my friends, even my brother Adebola knew him well. Today, I decided to made the trip into their tributes, and then my heart, too, broke.

“You were always bearing gifts,” my friend, Lamide Adedeji wrote as part of a long stream of about 10 posts. “If you’ve been here 50 times, then you’ll have been here with 50 gifts.”

“Thank you for always checking up on me when I moved away,” Bayo Oke-Lawal shared. “For constantly caring without obligation.”

“Peter is the person I’d be if I were the best version of myself,” said Patrick Utomi. “Not sure I’ll ever be, but I’ll be damned if I don’t try much harder now.”

And Ebuka Obi-Uchendu gave a clearer example, in his umpteenth post over a period of three days: “He never missed Rubbin’ Minds. “And he always gave me feedback for every single episode.”

He paused. Then a few minutes after, again: “This is too hard.”

It wasn’t just the public outpouring. Though that is valid, even where it appears loud or insincere (because, it doesn’t matter. We process grief differently). It was thw sore sense of personal loss that ran through.

I sent an email to another friend, who had a crush on Peter, but which non-acceptance Peter had handled with such tenderness, and such dignity: “Is this not your guy?”

She was heart broken: “I don’t know what the point of living is.”

Perhaps it came to me more poignantly because I am, at the moment, on a journey of reflection, on a year I decided to live differently, with love. Or maybe it’s the sheer power of his life, so I would have felt this strongly anyway for a stranger. I don’t know. But I do. I feel this.

To see Peter’s life so mourned, so deeply, so painfully is to know Peter’s life, one of purpose, of beauty, of inspiration.

I don’t think of the ‘transience’ and ‘pointlessness’ of life when ‘good’ people die,” I shared this morning on my Twitter feed, inspired by the tributes.

Transience, I am reminded of everyday. Beauty? Purpose? Inspiration? Love? Ah, that’s the one that’s in short supply.

“I am inspired instead by a life beautifully lived,” I continued. “Because, always, they go to a better place. Life has a point. That we live our fullest, that we be our best, that we give our all. Death, painfully, clarifies that.”

The last time a person’s death hit me this closely was only a few months ago. Oronto Douglas. A mentor, whom I was even angry at. Still I cried, not just because it was a terrible loss, but also because his was a beautiful life, one that touched so many people, personally.

I didn’t lose Peter. Still, his death has touched me, and so many others who did not know him, in a meaningful way. Because, yet so young, his was clearly also a beautiful life. That touched so many people, personally.

So thank you, Peter, for a life that inspired. And more importantly, that inspires. Even after you are gone.

Because nothing else matters more.

Nicole the Fertile Chick Says Goodbye!… And Finally, You Get Your B.F.P

Busayo Oderinde: The Art of Plating