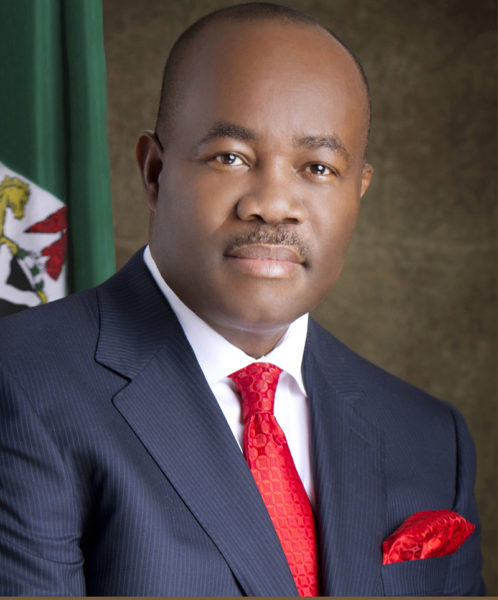 Former Governor of Akwa Ibom State, Godswill Akpabio, was involved in a car accident this morning along the Airport Road in Abuja, Premium Times reports.

The crash reported occurred when one of the cars in the ex-governor’s convoy tried to beat the traffic light resulting in a collision with another car and the one that Akpabio was seated in.

An eye witness recounts ‘My wife and I were coming from the NNPC Mega Station and we stopped at the traffic light by Bolingo Hotel Junction. When the green light showed and we made to move, there was this siren blaring Mercedes Benz jeep that came from the town and almost crashed onto my car. I don’t know how we dodged but another that was behind the jeep hit the car behind me and tumbled on its side. I and my wife rushed out of our vehicle and helped the driver bring out his boss. When we brought him out, we found that it was former governor Godswill Akpabio. At the time we brought him out, the siren was still blaring. We put him in the other vehicle and he was rushed to the National Hospital.’

According to reports, he was later moved to a private section of the hospital for X-ray and other investigations.