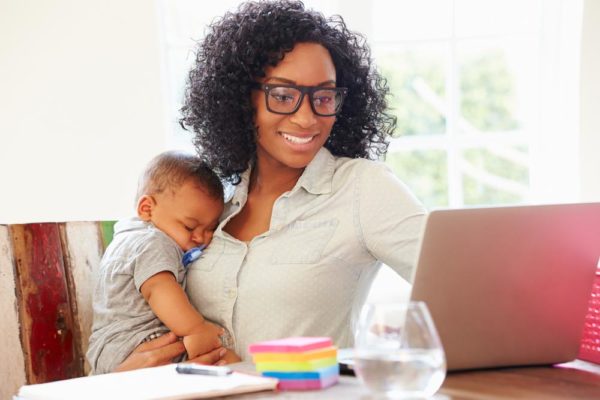 The ability to perform two or more unrelated tasks interchangeably – that is, to multitask – is what all of us would normally brag about. In fact, we all include it as part of our skills and competencies. Multitasking in itself is not bad, but it is highly overrated. Even the seemingly simple and flexible tasks are best handled alone without shuffling them between other tasks. Contrary to popular myths about multitasking, here are reasons you shouldn’t:

Multitasking Slows You Down
It is often believed that when you multitask, you are able to get more things done in a single time frame. But the truth is, it actually slows you down. For example, let’s say you had to send a mail, type and submit a report, give your supervisor a project feedback, have an ongoing BBM chat and your colleague standing by with a request, how would you have handled it? I know you would likely pause in between lines of the mail to read and reply the chat or discuss with your colleague while you are writing the report. What this does is that you would take longer time to finish up each task compared to if you had attended to them one at a time.

What we do when we seem to be multitasking is really ‘switching’ from one task to the other; that is, you are simply switch-tasking or pausing in between each task. So there is a pause-continue process that goes on in the brain. It is like having to reboot a system at regular intervals. The best thing to do is to prioritise, listing out activities or tasks in order of importance.

Multitasking Reduces Your Level of Productivity
Have you heard the saying that doing it all gets nothing done? Not only does multitasking slow you down, it reduces the level of productivity and affects your efficiency. This is because your mind would not be able to give its all to each task as a result of being turn between unrelated tasks, thereby increasing errors.

I’m sure you already know that, there are those tasks every other thing had to be put on hold for, because you couldn’t afford to give room for mistakes. In the same way, seemingly smaller tasks or everyday routines are better attended to one at a time. You remember the last time you were cooking and ironing at the same time and just as you rushed off to your already burning food, you forgot to turn off the iron? I bet what happened next wasn’t pleasant.

Multitasking Affects Your Attention Span
It is amazing how multitasking has easily become part of our lives and because it involves switching between tasks, you will have to divert your attention or focus from one point to the other at regular intervals, this also limits the ability to pay attention to details. Once this becomes a habit, your ability to focus on one thing at a time shortens and makes you easily prone to distractions. This is why some people just can’t keep to a task. It goes as little as an inability to listen actively and process an ongoing piece of information (meeting, seminar etc) without pressing their phones. Have you noticed that innovators have the habit of secluding themselves in a private place in order to ponder and work without interruptions? This is because one needs to be focused on a single task in order to achieve brilliant results.

Multitasking Disrupts Working Memory
Working memory, also known as Short Term Memory, is the processing and storage of information we are currently working on. When we are involved in activities that involves problem solving, brainstorming, analytical thinking, or need to store and recall a piece of information like phone number, we make use of the working memory. The working memory only retains information for a short period of time, about 25 seconds. Now imagine an idea pops in your head while you are involved in a creative work and before you could process it at all, there is an interruption. There is a high tendency that you would forget or not able to grasp the idea or thought in details as it were – before the shift in focus.

Multitasking Increases Stress!
In case you didn’t know, researches have been carried out and still ongoing as to how dangerous multitasking is to health and well-being. According to research, the number one cause of stress which happens daily is, yes you guessed right, multitasking. This is as a result of an increase in the release of cortisol, the stress hormones leading to burnout, anxiety, fatigue and aging. Another research also reported that multitasking multiplies frustration because the brain has a limited ability to process variety of information especially high cognitive tasks.

Believe me, multitasking is overrated and it does more harm than good. It’s better to get organised and focus one at a time than to jumble up between activities. If you want to have a great result at whatever task, you are better of staying focused by single-tasking. Try it and see.
How has multitasking been for you? Please share.

Kemisola Adetola is a Psychology graduate, creative writer, content developer and maker of sumptuous appetizers and deserts at Pebbles Appetizers. She has authored a short story and articles published on various platforms. She is passionate about writing articles that would help foster employability advantage, relationship and developing self. She can be contacted via [email protected] Instagram: @kemisolapebbles