NgCareers: Admitting Mistakes is Never a Sign of Weakness 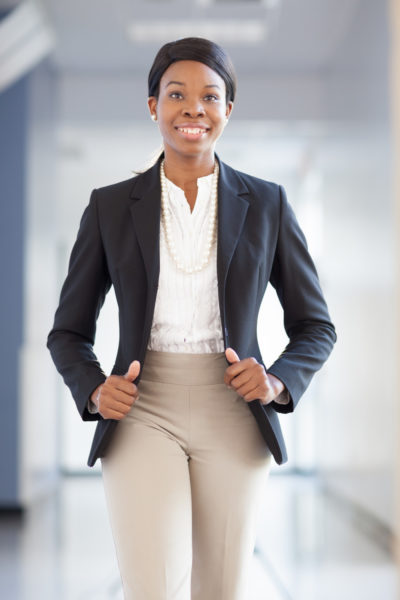 In my little experience with the world, I have come to realize that it takes remarkable fortitude to say the words “I was wrong, and I am sorry”. You see, I love that word: fortitude. I could give the dictionary definition of fortitude, but hey, let’s be honest, why go through that stress when by a single click; Google will furnish us with its synonyms, which are: strength, courage, resilience, grit, determination, endurance, guts, and staying power.  Hmmmm!  Which person in his or her right thinking would not want to be all of that?!

So often in the professional world and life at large, I deal with people who believe that admitting they were wrong or made a mistake portrays weakness or ineptness. The danger inherent in that belief, especially when it is held by bosses, leaders and people in positions of power or authority, is that it places the leader in a defensive position at all times. They are constantly defending their poor choices, even when they have come to recognize they were wrong. These bosses constantly put the blame on poor unsuspecting subordinates just to prove that they were right.

They point fingers and always claim that ‘someone else’ didn’t execute the project as they should have and that is the reason things went wrong.

To them, it is a way of saving face, or proving they deserve their power, or retaining respect for their intelligence. Unfortunately, they don’t even come close to accomplishing any of those things. In fact, they accomplish the exact opposite.

Smart employees in an organization are quick to know when mistakes have been made, and they also know when a boss or leader is trying to cover his own tracks. Ultimately they lose reverence, faith, and confidence in the manager; and more often than not, given the opportunity of a better working environment, they’ll jump ship.

I have searched and I am yet to discover why so many in the world carry that false belief that admitting their mistakes makes them weak and vulnerable; but, I can tell you how I learned to know that the opposite was true.

I was a teenager, visiting the home of a family in Ogun State when I witnessed a heated disagreement between the father of the home and his ever defiant teenage daughter. There was no question that the lesson the father was trying to teach the daughter was a correct one, but the manner in which he handled it was not. He struck her and his tone was hurtful and degrading- to some of us, this might not be such a big deal.

After everything cooled down, and knowing the man well, I thought to myself, “He knows that he wasn’t right because I know him to be a good and fair man. But there is no way in he would admit it because he wouldn’t want to lose face as the leader of the family.” I wouldn’t not be too forward to say that that one incident made me lose all respect for the man because I knew his character better than that and I knew of his incredible qualities. However, I also recognized that he was in the wrong. About an hour later, I walked down the hall to hear the man talking to his daughter saying these exact words to her: “I was wrong, and I am sorry.”

To say I was shocked would be an understatement. I had never before that time heard someone in authority admit they were wrong and apologized like that. There was no excuse given for his behavior. There was no justification of “well, I only reacted that way because you did this or that.”  Nothing! He simply owned up to his mistake and genuinely apologized. As I stood there, my respect for this man grew tremendously. I saw him as a true depiction of a great leader. He was a man of fortitude and I swore I was going to be like him. His behavior that day totally changed my life, because of it; I was able to recognize that as a leader, you should be humble enough to accept your mistakes, especially to someone subordinate to you.

To be genuinely successful, in both business and life, we must be willing enough to set aside our pride, our worries, our fears, and our insecurities, and really come to the realization that to be a real leader that is worthy of their position of authority, we must I repeat must earn and not demand the respect of our coworkers and subordinates.  The step in the right direction toward earning their respect begins at that moment when we recognize our mistakes and have the integrity and fortitude to utter the words, “I was wrong, and I am sorry.”