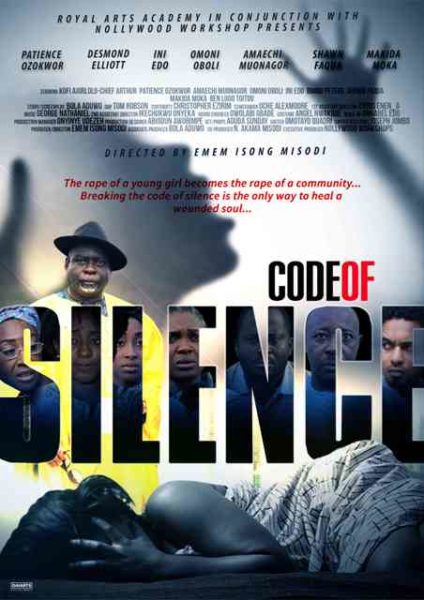 Royal Arts Academy in conjunction with Nollywood Workshop presents the release of a new movie, titled ‘Code of Silence’ which is a gritty tale of a young girl, Adanma who was gang-raped by two men one night while coming home from school. This singular act is the catalyst that triggers a number of catastrophic events in the film; One of the rapists is a prominent politician in the state and the other his aide.   As a result, Adanma’s family being of humble origins, are afraid to report the matter to the relevant authorities citing the excuse that rape is considered a taboo in society and it will make her undesirable for marriage.

The movie is a gripping emotional story inspired by true events that need to be told.