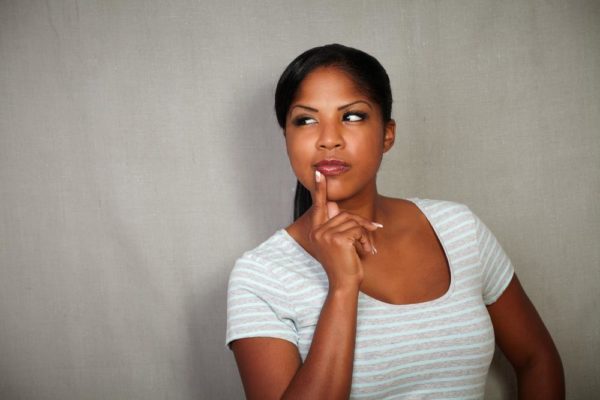 My father has been my biggest cheerleader till date. He made me believe in myself since I was a little girl, and often told me there was nothing I couldn’t do. If you asked me, I would say my father is feminist although he does not realise it because, every now and then he would remind me not to become feminist like today’s modern women. This is a battle every modern parent struggles with as they want their children to live balanced lives. My father for instance, has empowered me through education but also desires that I retain my traditional values. What my father, like many, fails to understand is that we can only strive for a balanced lifestyle. In reality, it is very hard achieve. A lot of times, there are trade-offs involved. This brings me to the subject of fairness and equality.

Fairness is not the same as equality, though there seem to be a bit of confusion over what is what. When we think of fair, we often think of sharing of equal portions. But fair isn’t always equal. Fair asks us to level the playing field by giving people what they need to even things out i.e. Fairness gives people what they need when they need it, equality means everybody gets the same thing regardless. Fairness takes into account our individuality and uniqueness, equality bypasses it. Fairness is subjective to judgement, equality is fixed. Fairness is flexible, Equality demands perfection. Fairness is unassuming, equality breeds entitlement (I don’t deserve this). When you think critically about this, you will realise that equality is impossible and unachievable but fairness is reasonable and in my opinion a better substitute for equality. Instead of ‘Equality’ I would rather we spoke about ‘fairness and empathy’, instead of ‘love’, I would rather we spoke about ‘understanding’ because the former are both overrated.

In drafting my case for fairness, I realised that the way we attract people with our differences is the same way it threatens our relationship with them. Our differences are often non-negligible which means that we must consider our basic expectations for fairness contingent on our individual differences. This is something equality doesn’t consider. Equality aims to promote fairness, but this can only work if everyone starts from the same place and needs the same help but not everyone starts at the same place, and not everyone has the same needs. Fairness may appear unfair (depending on judgement), but it actively moves everyone closer to success by “levelling out the playing field.” A sane life starts with understanding and acceptance of diversity through empathetic behaviour. Empathy is defined by Merriam Webster dictionary as the action of understanding, being aware of, being sensitive to, and vicariously experiencing the feelings, thoughts, and experience of another of either the past or present without having the feelings, thoughts, and experience fully communicated in an objectively explicit manner.

Although, equality seems sensible on a global level as it calls out ‘privileges’ but when we unravel the equality blanket in interpersonal relationships you will discover that everyone’s needs are not being met. This is where tact/common sense is required to fix the systematic obstacles rather than fixing individual differences. This is ‘fairness’ because it is ‘intentional’.

As this is a difficult topic for me to write, I decided to seek external opinions for and against it. One person stated that ‘fairness can be taken as an analogue for “justice.” A society that is fair is also just. A society that is just must also be fair. I think you can say that fairness and justice is ALWAYS objectively a good thing. On the contrary, equality simply means that two things are judged to have the same value. There are many good things that are equal, but also some bad. Judging two people as having the same value before the law (i.e. Equal protection) is an objectively good thing. Judging that any two people have the exact same needs is objectively wrong though. Equality might be good in some things; but its opposite – which is individuality – also has its own uses and benefits. The opposite of fairness is unfairness or injustice which is NEVER a good thing. Therefore, it is more important to be fair than it is to be equal’.

Another person stated that ‘People are going to get away with doing bad things, and others will be punished. Perfectly good people will have tragedy, horrible people will become rich. Justice and fairness are very different. And equality will never completely happen, but if each person is recognized as equal, then each one can begin to make their own life, and not be judged harshly, and they will have the ability to build a life as they chose it. That is fairness. Each person creates their own fairness, but they cannot do so if they do not have equality. Therefore, because equality is the first step to creating your own fairness, equality is more important’.

A third opinion stated that, ‘Fairness satisfies everyone has needs based on biases. Equality satisfies everyone has needs based on value. Equality demands for perfection. It’s just like math. However, being sentient on its own creates a bias that will never be overcome. We have feelings and beliefs and personalities that are not one in the same with one another. Those continually create a bias. If perfection cannot be achieved, equality cannot be either. So we’re left with fairness. Unlike equality, fairness takes in account the feelings, beliefs, etc. that create a bias. Men aren’t created equal and fairness takes it all into account. From there, decisions will be made based on the bias created. We’re fair than we are equal’.

The last one suggested that ‘You can’t have fairness without equality. To achieve true equality you must be fair and if the person is treating others unfairly over other people doesn’t represent equality or fairness, it represents favouritism which by all means is bad for both parties, favouritism is teaching intolerance to where there shouldn’t be in the first place, I say this as a white female and have been the victim of racial intolerance. Be it black, white, Mexican, etc…. It goes both ways’.

Human beings are complex and empathy takes into consideration that what is true varies from person to person. Coming from a medical background, I have always been encouraged to think from a multi-dimensional point as it improves your judgement. Whilst it is very easy for us to proclaim ‘equality’, in the grand scheme of things it is not feasible. Does this make me anti-feminist? NO. The definition of feminism I also believe varies from person to person. I live and let live.

Drop your thoughts on fairness vs equality in the comments section below.

Drop the Weight with EJ: It’s Time to Let Go of the ‘All or Nothing’ Mindset

“The Best Thing since Sliced Bread” – Ada’s Experience with MyFoodWarehouse.com