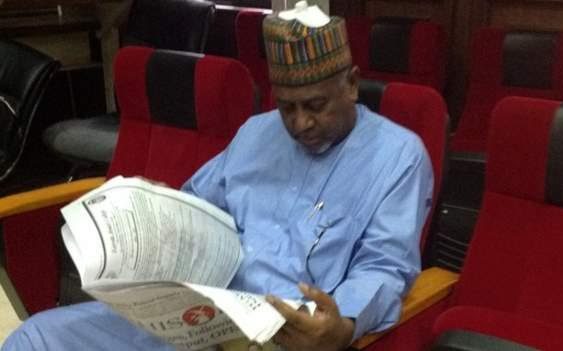 According to reports, Justice Adeniyi Ademola granted Dasuki bail on self-recognition, after he pleaded not guilty.

However, the judge directed Dasuki to submit his passport to the Deputy Chief Registrar of the court.

The Department of State Service (DSS) arraigned the former NSA on a one-count charge of illegal possession of arms, contrary to Section 27(1Ai) of the Firearms Act of the Federal Republic of Nigeria.

The Prosecution Counsel, Mohammed Diri, told the court that during a search on the accused person’s resident on July 16, the items were found in his possession.

The court adjourned the case till Oct. 26 and 27 for hearing.

Related Topics:DasukiMohammed Sambo Dasuki
Up Next