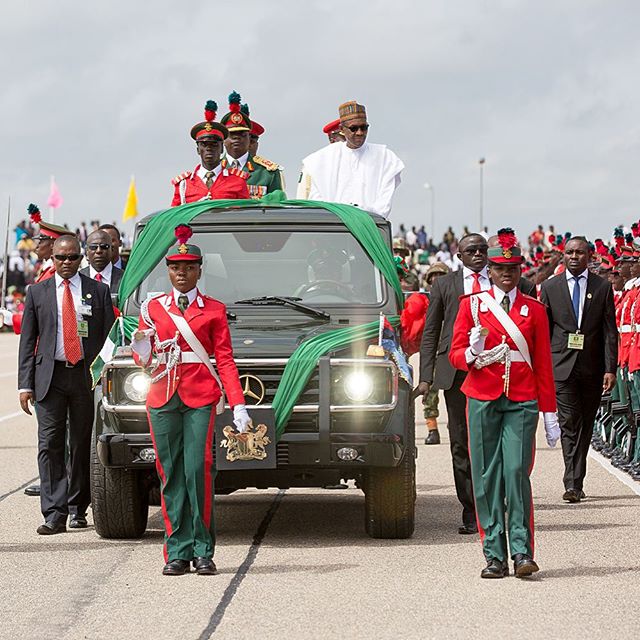 Nigeria has a rich military history. Though this has been tainted by the various military coups, subsequent dictatorships and most recently, human rights abuse allegations, the Nigerian military is still stands out for their discipline and peacekeeping missions around the continent.

President Mohammadu Buhari who served in the Nigerian Army and ended his military career as a General, was at the Passing Out and Convocation of Cadets 62 Regular course and short service course 43 of the Nigerian Defence Academy in Kaduna today. 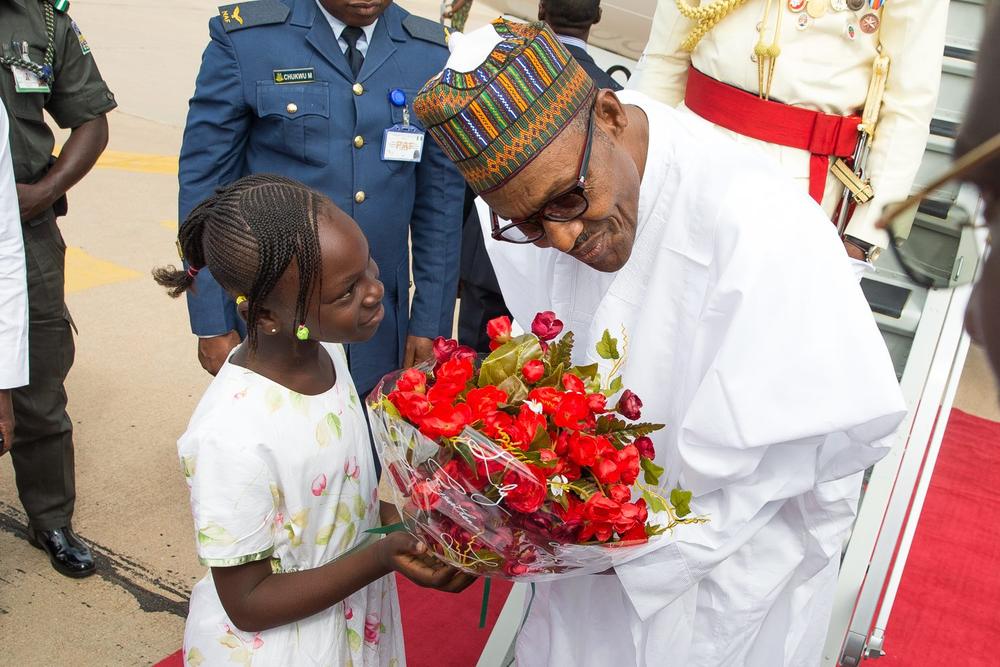 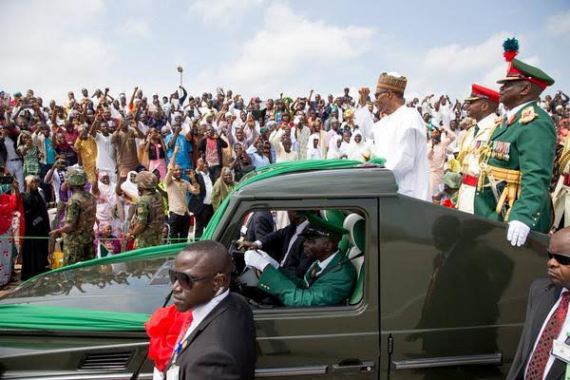 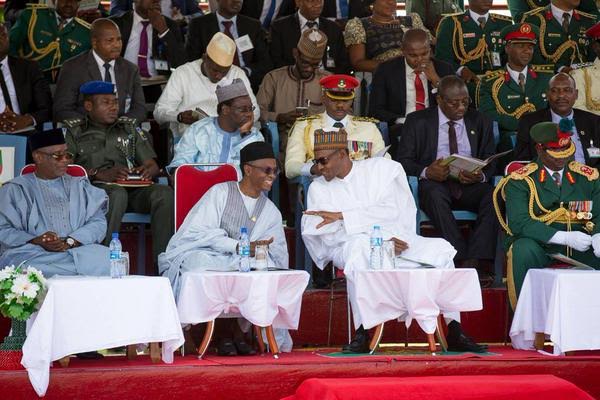 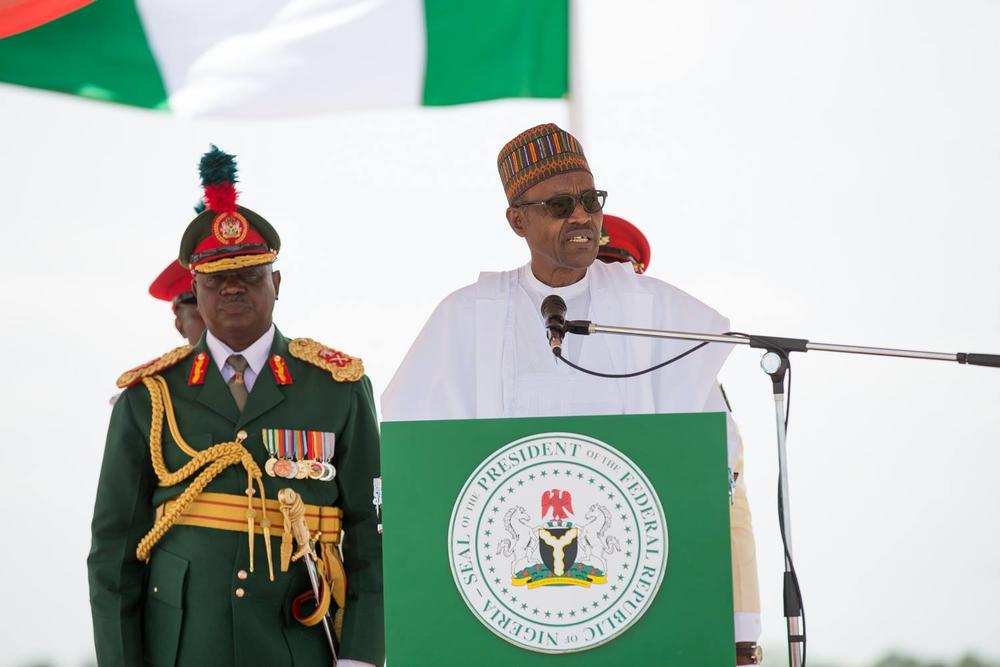 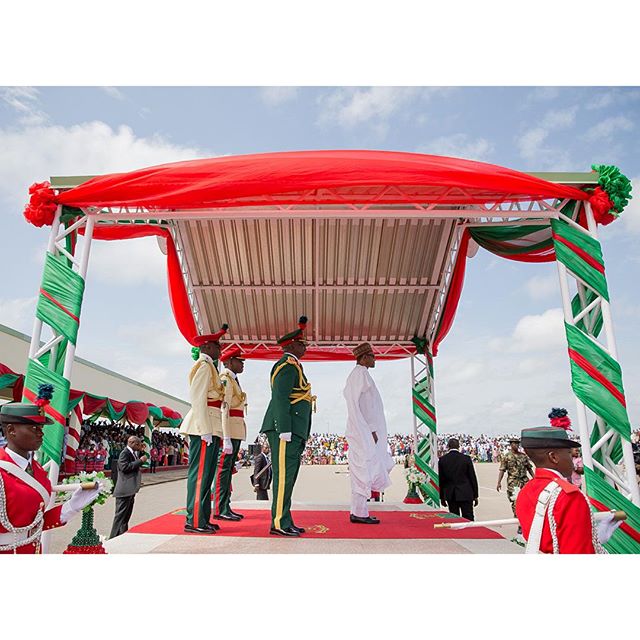 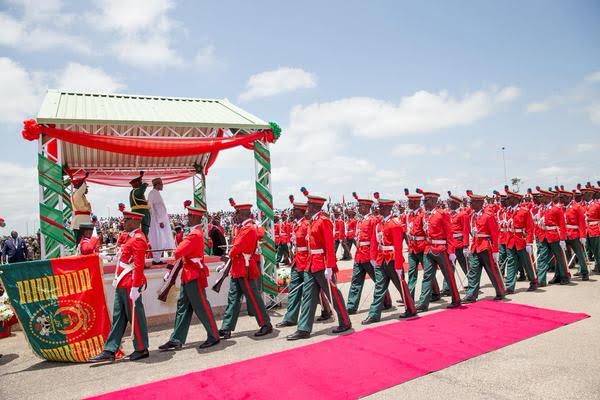 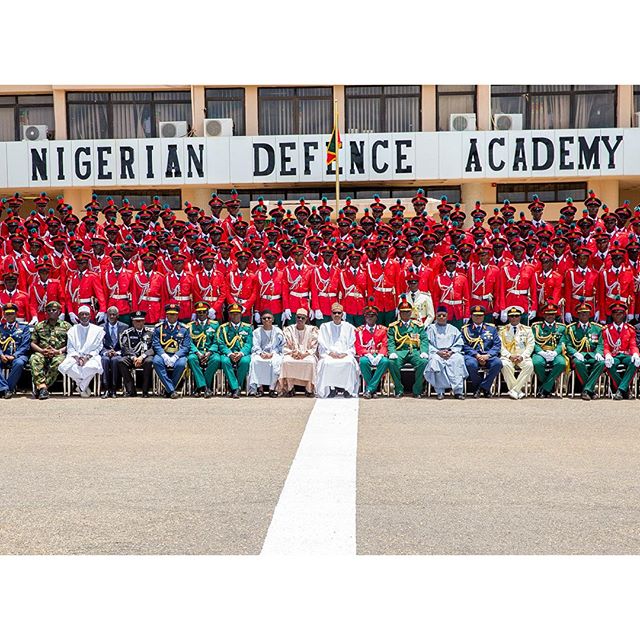 Read the Official Press Statement
President Muhammadu Buhari Saturday in Kaduna reaffirmed his administration’s total commitment to the rule of law and warned that proven acts of human rights violation by the Armed Forces will be punished under his leadership. Addressing officers, troops and newly commissioned cadets at the Nigerian Defence Academy (NDA), President Buhari reminded them that the rule of law applied to the Armed Forces as much as any other institution in the country.

I wish to remind you of the Federal Government’s commitment to overhaul the rules of engagement and improve operational and legal mechanisms so that disciplinary steps are taken against proven human rights violations by the armed forces. We are committed to a thorough investigation of recent and any future occurrences of human rights violations by elements of our Armed Forces. While I applaud the integrity and sterling record of the Armed Forces as an institution, this administration will insist on the rule of law, and deal with any proven cases of deviation from laws of armed conflict, including human rights abuses. In operational conduct Nigerians expect our Armed Forces to keep law and order, and not to behave like bullies. Let me reiterate this administration’s commitment to due process, merit and total observance of the rule of law as central pillars of a prosperous and democratic society. Rule of law as an element of good governance applies to the Armed Forces as much as any institution in our country. It is therefore gratifying that all three Services have recently taken steps to emphasize strict adherence to rules in recruitment, promotions, procurement, project executions and civil-military relations,” the President said at the passing out of Officer Cadets of the NDA’s 62 Regular Course and Short Service Course 43.

Observing that security remains the most important challenge in his Administration’s “Change” Programme, President Buhari said that the nation expects exemplary conduct and professionalism from officers and men of its Armed Forces at all times and in all situations.
The objectives our fight against terrorism cannot be realized without a credible and effective military. You must avoid any behavior that will tarnish your honour and dignity as commissioned officers. Your commitment and loyalty to the Armed Forces and the nation must be total. I urge you to take your roles in the on-going process of rebuilding our Armed Forces very seriously,” President Buhari told the newly-commissioned officers.

Declaring that the Federal Government was pleased with the Armed Forces’ resolve to end the insurgency facing the country once and for all, President Buhari assured them of his Administration’s determination to ensure the speedy provision of platforms and equipment they require to win the war against terrorism and meet their long term needs.
Garba Shehu
SSA to the President
(Media & Publicity)

LOL See what Someone is Blaming Buhari For