Not Everybody Wants a 'Voltron'! Man Booker Shortlistee Chigozie Obioma Gets Tetchy on Social Media 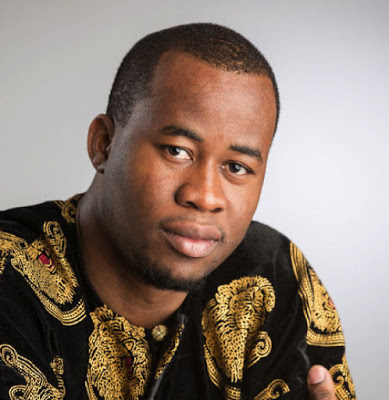 We are used to celebrity feuds but how about some literary drama!

Yesterday, Nigerian author Chigozie Obioma was shortlisted (with 5 other authors from around the world) for the 2015 £50,000 Man Booker Prize.

When the author’s debut novel, The Fishermen made the long list in July, the literary community was excited and everyone wanted to know about the writer and this novel.

Synopsis of The Fishermen
Told from the point of view of nine-year-old Benjamin, the youngest of four brothers, The Fishermen is the story of an unforgettable childhood in 1990s Nigeria. When their father has to travel to a distant city for work, the brothers take advantage of his extended absence to skip school and go fishing. At the forbidden nearby river they encounter a madman, who predicts that one of the brothers, the eldest, would be killed by “a fisherman,” which he assumes to be one of his own brothers. Thus, an extraordinary tension is created and an almost mythic chain of events- both tragic and redemptive- is set into motion that will transform the lives and imaginations of the novel’s characters and its readers. 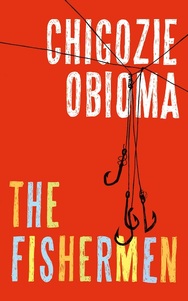 With a new book on the scene, there are bound to be reviews. A reviewer described Obioma as ‘the heir to Chinua Achebe’.

Positive Review: “In his exploration of the mysterious and the murderous, of the terrors that can take hold of the human mind, of the colors of life in Africa, with its vibrant fabrics and its trees laden with fruit, and most of all in his ability to create dramatic tension in this most human of African stories, ­Chigozie Obioma truly is the heir to Chinua Achebe.” – Fiammetta Rocco, The New York Times.

Not so Positive Review: This was the case with Percy Zvomuya’s review of The Fishermen. Concluding his review, Percy stated: “Obioma is a writer to look out for: there is, to be sure, a compelling story somewhere in these 300 pages, as the attention from the folks at the Man Booker Prize attests. But it feels The Fishermen’s inclusion in the longlist has something to do with literary geopolitics: they had to fish out an African.” [Read the complete review here]

Now here’s where it gets interesting.

Nigerian writer, Obinna Udenwa (author of Satans and Shaitans) wrote another review in defence of The Fishermen, disagreeing with Percy’s review.

This attempt to ‘Voltron’ for Chigozie Obioma was not well embraced. 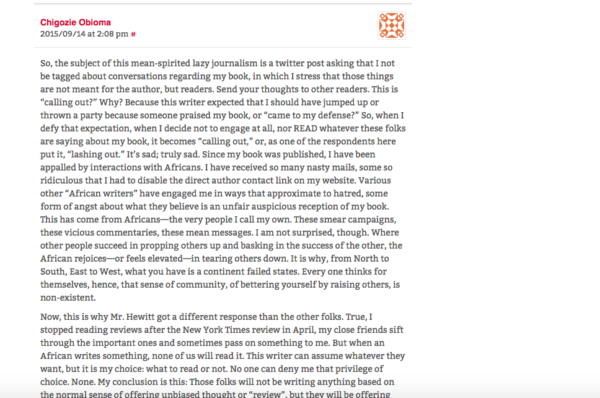 @ChigozieObioma really just went on @brittlepaper & said ‘You Africans are jealousing me’ See, I’m not here It’s my brother tweeting :'(

Obinna Udenwe went on to express how he felt about Chigozie Obioma’s comments. 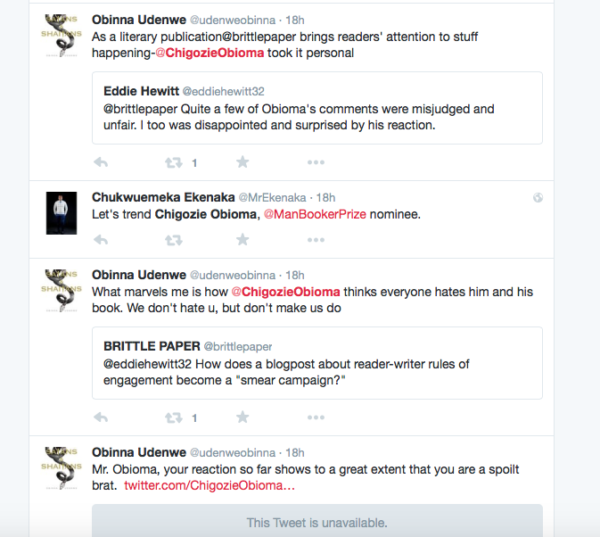 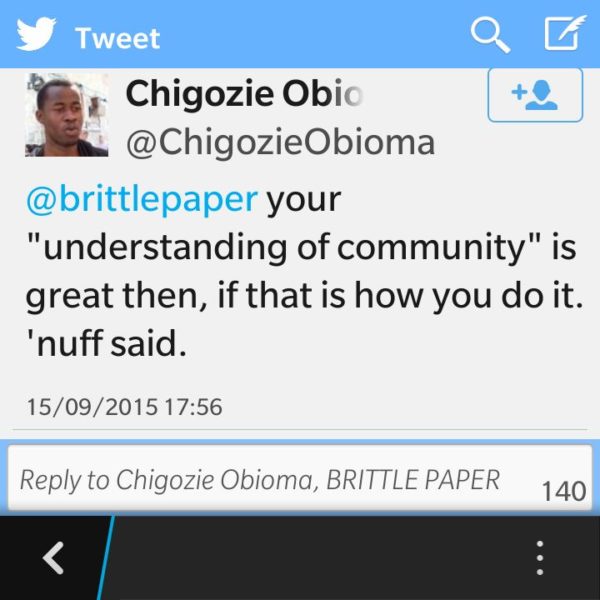 In all of this, we wonder whether what they say about all shades of publicity being PUBLICITY.  With all the tweets going back and forth about the book and the dissension of opinions, more people will read the book.

By this morning, Chigozie Obioma had deleted all the tweets he posted. Sadly, as someone put it…it might just be a case of not understanding social media:

I just think @ChigozieObioma doesn’t get social media. I may be wrong.

What do you think about the idea of reviews and how writers receive it. A lot of times, it is easier to say “have a thick skin.” But every writer knows that their work is their baby; to have someone take swipes at it… no matter how elegantly, stings.

However, there place of reviews can never be overstated as they are usually good markers for readers, to know where to go for their literary bliss.

Have you read The Fishermen? What did you think about it?

We wish Chigozie Obioma the best and hope he clinches the Man Booker Prize!

BN Bargains: Win N10,000 from Battlefield as they Celebrate their 5th Anniversary