Have You Registered for Your BVN? 26 Million Bank Accounts to be Frozen 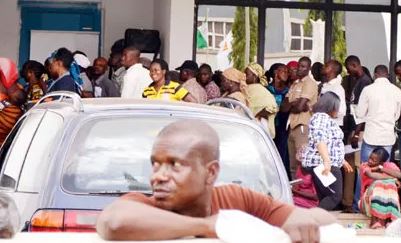 People queuing outside a bank to do BVN registeration before deadline

BellaNaijarians, have you gotten your Bank Verification Number (BVN) yet? The deadline is in less than 24 hours, and the Central Bank of Nigeria (CBN) says the deadline may not be extended this time.

According to Vanguard, less than half of the 52 million bank customers have been registered. Consequently, about 26 million bank accounts will be frozen.

An unnamed CBN employee is said to have told newsmen that “the registration window would still be opened after tomorrow, but unregistered customers would not be allowed access to their accounts.”

Related Topics:Bank Verification NumberBVNCentral Bank of Nigeria (CBN)
Up Next