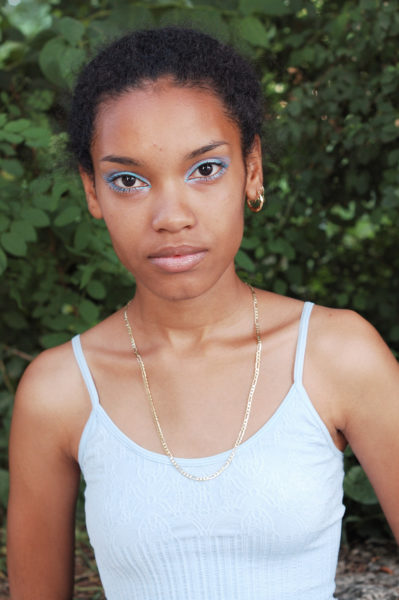 “Let others praise ancient times; I am glad I was born in these” – Ovid

For a while now, there has been a trend of teasing going on (especially on social media) about how this present generation of youths may have missed out on “privileges” of previous years — we call them the “Indomie” Generation. Such teasing is mainly aimed at provoking laughter and reminiscent hearts filled with musings for the past years and experiences. However, there are many issues worthy of note and consideration; going in line with the popular notion that this present age is a “wasteful” generation.

To start, I would like to qualify the Indomie generation as comprising of those born in the late 1990s and onwards. Then again, there is the intermediate group: those born from the mid 1980s to early 1990s — this group spends a good part of its youth within the “Indomie Era”. Therefore, strictly speaking, the pre-Indomie group stops somewhere around the mid or late 1970s. Why this need for grouping? It is important that we know who is who in order to fully ascertain both riches and rags that this generation has in store.
It is easy to state that the future would be better; however if this generation is indeed prodigal, it can still be made to realise its faults and come full circle.

The Formative Years
A child is like a prized possession that should be guarded jealousy, albeit combined with a level of carefree attitude so as to give room for play. In short, child safety has to be combined with adventure for an all-in-one childhood experience. No doubt, the older generation has been exposed to more childhood adventure. No longer do our children sing “Sanda Lily” (I later realised it was “Standard living”) or cook rice in the sand. Our modern day schools are devoid of playgrounds and look more like banking halls. There is more “indoor” sport with the presence of Xbox, PlayStation, etc. Did I forget to mention the social media? There is more online presence, more swipes, more smileys, but less human presence, less handshakes, and less smiles!

It is frank to say that this trend is a time bomb pending detonation. But wait a second, it may not be so bad after all! While we admit that there is no substitute for human interaction, we can clearly see that this generation is better equipped with the social media that can aid such interaction. Never like before do we have the opportune moment to reach out across the globe in friendship. Countless number of people have met, done business, fixed a date, etc with the internet. It seems as though this online opportunity is a double-edged sword that can swing and cut both ways. While we rue our chances of not getting to climb mango trees or play with rubber tyres, we can make up by meaningful and newer ways of interaction, rather than being twits on Twitter.

Sparing the Rod
To say that a child escaped growing up without a beating for one wrong or the other, is a virtual impossibility; but not anymore — believe it or not, the number of children who will not experience the “koboko” sensation is on the increase. More than ever, it is becoming a trend that children are raised up being estranged from one or both parents; more than ever, children will be raised up by parents who are too busy at work to notice any delinquencies; more than ever, there is a growing notion that discipline by the cane is equivalent to child abuse.

While the reader may be quick to conclude that this nonphysical approach to child upbringing may be the reason for a decline in discipline, let me point out that indiscipline is a deeper and recurrent problem. For many Nigerians, discipline is only a thing to be applied when they are being watched. The 1970’s and 1980’s testify that fully grown adults behaved like animals: urinating in gutters, jumping queues, dumping refuse by the roadside, and showing up at work at anytime. Until the military used whips and canes, many Nigerians did not see these things as wrong. The same pattern is being experienced today, yet we would be quick to see this as a problem only of the younger generation.

If indiscipline is a primary fault of the younger generation, why is there so much corruption in public offices held by the middle aged and elderly? It becomes evident, therefore, that we subconsciously define discipline under the confines of the watchful eyes of our parents — once we are adults, we are more or less “free” to do what we want. Yes, discipline by the cane has helped build up many Nigerians aright, but it goes beyond the physicality of the approach, if not, all such efforts would only yield lip service, waiting for an adulthood to open up the Pandora’s box.

Waning Culture
Certainly, there is a rapid decline in knowledge and appreciation of the local culture from whatever corner of Nigeria we emerge. At face value, it seems as though the youths are lazy towards learning indigenous languages, distracted by social media, and eager to embrace the Western culture. However, a closer look at the picture reveals an underlying neglect from the pre-Indomie generation.

The Social Sciences define culture as the sum total of the way of life portrayed by a group of people. If this is a definition to go by, we realise that knowing one’s culture goes beyond being able to speak the dialect or visiting the hometown often. The first problem in the culture decline is the lack of adequate literature. For too long, many ethnic groups in Nigeria have very scarce literature, little or no online presence, and dependence solely on oral tradition. This approach is becoming obsolete and ineffective. Not everyone has the privilege of being born in his/her hometown; not everyone would have their kinsmen as childhood friends; and not everyone would be privileged to visit their hometown as regularly as possible. If we can decide to take up Spanish online classes, why can’t we do the same with Ijaw, or Kuteb, or Mumuye?

Asides the literature, there is a growing erroneous opinion that speaking one’s local language is barbaric or outdated. First, at a tender school age, children are warned in school NEVER to use the vernacular to communicate. I can understand that the schools want a better appreciation of the English language, but why do they refrain the use of vernacular even when peers are discussing amongst themselves? This eventually sends a message that there must be something wrong with the local languages. Therefore, there are many people who feel uncomfortable to discuss in their native dialect in the presence of others. Similarly, many others are uncomfortable when people discuss in a language that they themselves are not familiar with.

Beggary or Blessedness?
The present age is pregnant with both prosperous and ominous signs. On the one hand, advancement in technology makes an aspect of life simpler but creates another difficulty somewhere else. I reckon therefore, that the older generation feels that life is made too simple to grow up in these days, and that children are easily over-pampered; but there is nothing special in suffering so as to warrant others to go through the same problem — let this generation face its own problems!

Certainly, each generation has its ups and downs, but we cannot fairly compare one generation to another — the times and environment are different. The problems of the Indomie generation are numerous, but so also are their prospects. Irrespective of the generation one is born into, wisdom, hard work, and integrity, are the vital tools to sustain a society. Perhaps, in another forty years time, the new generation would look at flat screen TVs as obsolete.