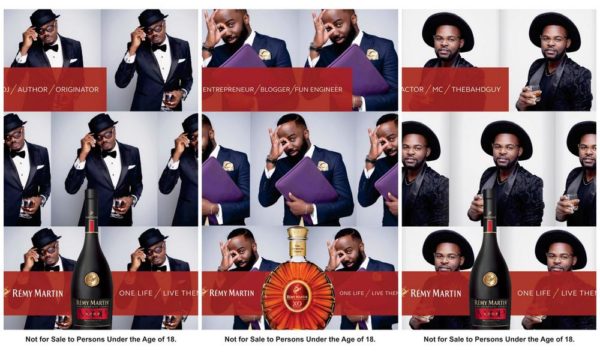 Rémy Martin Cognac announces the launch of its new global campaign that recognizes and celebrates individual’s multi-talents. The campaign tagline, One Life/Live Them®, which assumes its grammatical accident, identifies that today’s consumers are not defined by one talent or skill, but are multi-faceted and should be applauded for their many passions.

Rémy Martin’s One Life/Live Them campaign encourages consumers to explore and celebrate all their talents. It is a call to live richer, larger lives, to expand the horizon and seize all the wonderful opportunities that life can offer, beyond the one-dimensional paths that former generations could have embraced. 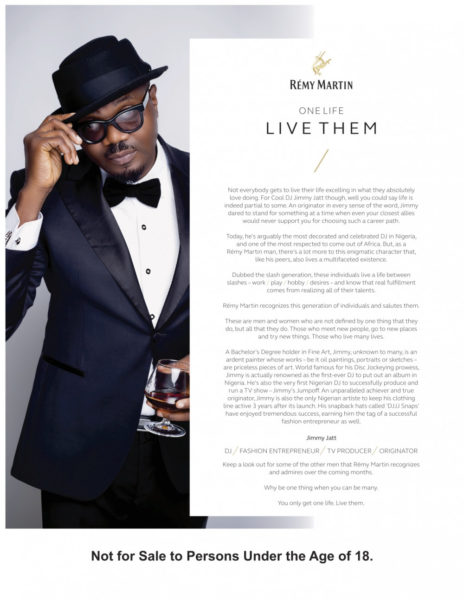 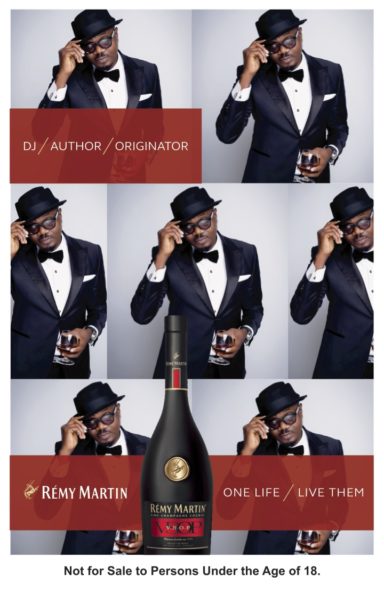 A Bachelor’s Degree holder in Fine Art, DJ Jimmy Jatt is arguably the most decorated and celebrated DJ in Nigeria, and one of the most respected to come out of Africa. Unknown to many, he’s an ardent painter whose works – be it oil paintings, portraits or sketches – are priceless pieces of art. World famous for his Disc Jockeying prowess, Jimmy is actually renowned as the first-ever DJ to put out an album in Nigeria. He’s also the very first Nigerian DJ to successfully produce and run a TV show – Jimmy’s Jumpoff. An unparalleled achiever and true originator, Jimmy is also the only Nigerian artiste to keep his clothing line active 3 years after its launch. His snapback hats called ‘DJJJ Snaps’ have enjoyed tremendous success, earning him the tag of a successful fashion entrepreneur as well. 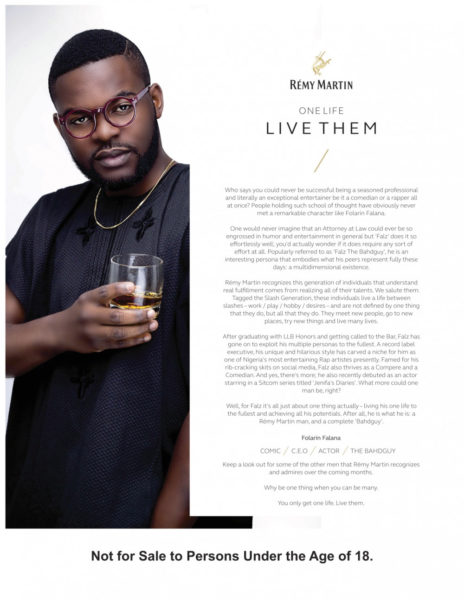 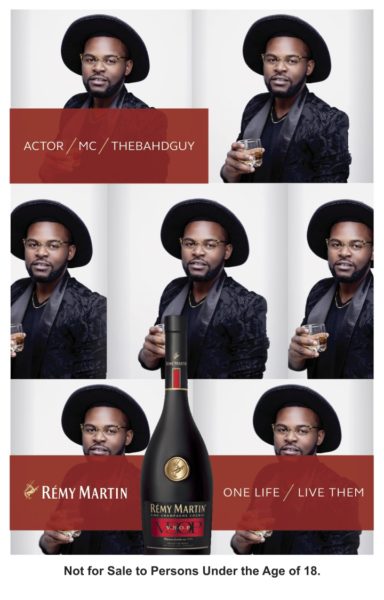 A seasoned professional and literally an exceptional entertainer be it a comedian or a rapper all at once. After graduating with LLB Honors and getting called to the Bar, Falz has gone on to exploit his multiple personas to the fullest. A record label executive, his unique and hilarious style has carved a niche for him as one of Nigeria’s most entertaining Rap artistes presently. Famed for his rib-cracking skits on social media, Falz also thrives as a Compere, Actor and Comedian. 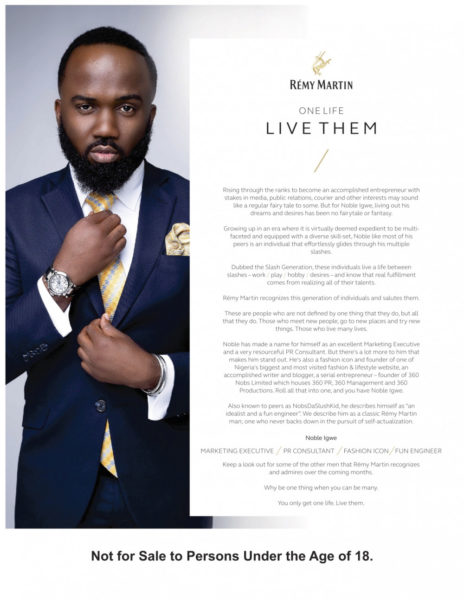 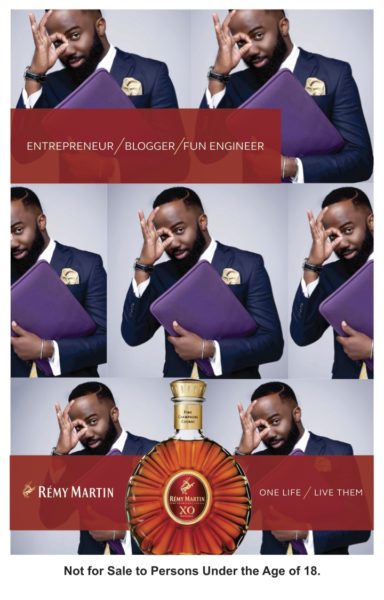 Rising through the ranks to become an accomplished entrepreneur with stakes in media, public relations, courier and other interests, Noble has made a name for himself as an excellent Marketing Executive and a very resourceful PR Consultant. But there’s a lot more to him that makes him stand out. He’s also a fashion icon and founder of one of Nigeria’s biggest and most visited fashion & lifestyle website, an accomplished writer and blogger, a serial entrepreneur – founder of 360 Nobs Limited which houses 360 PR, 360 Management and 360 Productions. Roll all that into one, and you have Noble Igwe.

Also known to peers as NobsDaSlushKid, he describes himself as “an idealist and a fun engineer”. We describe him as a classic Rémy Martin man; one who never backs down in the pursuit of self-actualization. 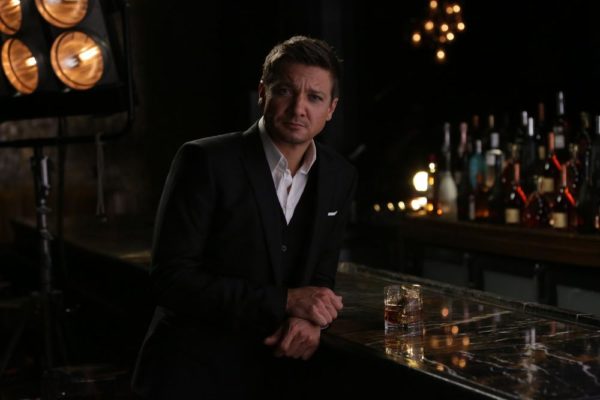 Two-time Academy Award® nominee, Jeremy Renner has received wide acclaim for his ability to embody characters of broad depth and appeal, from Sgt. James in Kathryn Bigelow’s award-winning Hurt Locker to a thief in Ben Affleck’s The Town, a mayor in American Hustle… These performances have been coupled with blockbuster roles in such Hollywood super-productions as The Bourne Legacy, Mission Impossible and his inimitable role as Hawkeye in The Avengers.

Renner expanded his cinematic skills by creating a production outfit The Combine with Don Handfield in order to produce quality, character-driven content for TV and film. Their company released the crime thriller Kill the Messenger in 2014 and is currently working on the historical tale Knightfall for The History Channel. Renner is also an accomplished singer and musician, skilled on the keyboards, drums, guitar and vocals, playing in a band since his youth. Although best known as an actor, Renner has extended his creative talents into the field of home renovation, successfully renovating and selling several houses, turning this hobby into a flourishing business with fellow actor and home designer Kristoffer Winters.

Rémy Martin remains committed to the core principles and values that its founders used to establish the company more than 290 years ago. Supporting the community, highlighting skills and revealing the talents of people and nature, honoring craftsmanship and embracing the luxury of time enables Rémy Martin to cultivate the most premium products. It is this depth of history and skillful mastery that goes into every bottle of Rémy Martin Cognac.

“Rémy Martin has always been about sharing – the fruits of our labors, the talents of our cellar masters, a range of cognacs crafted to suit different tastes but always with a distinctive style. It’s a philosophy which strikes us as tailor-made for today’s social networked world“, said Augustin Depardon, Executive Director of Rémy Martin. “The most inspiring people are never just one thing, they are diverse and multitalented and we can’t wait to discover their passions. Just like Rémy Martin“.

Keep a look out for some of the other men Rémy Martin recognizes and admires over the coming months.