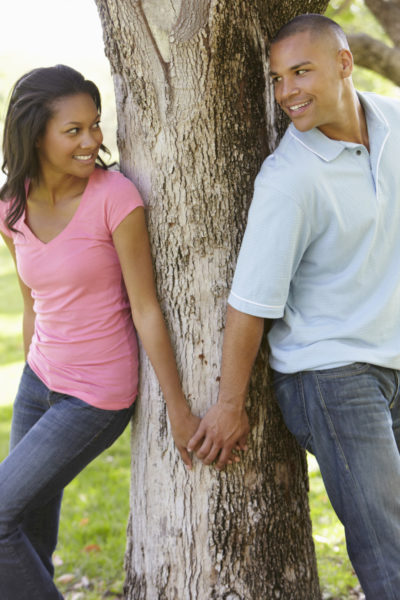 We’ve all heard the complaints…and you have probably even made some of them yourself. You know the ones we’re talking about. ‘Nigerian men are not romantic anymore’ ‘Romance has flown out of the window’ ‘Men these days like everything easy’….

A member of our community, Winifred*, recently started a discussion thread, about this trend. She had been chatting consistently with a guy on BBM for about a month, when he asked her out on a date. She agreed, and they went on to talk about venue, date and time. On the morning of the agreed day, the guy had texted her to ask if she could pick him up, on her way to the mall. From one of their previous conservations, he knew she didn’t live too far from there.

Winifred told him she would have had no problem picking him, but as she was going to the mall from her office, and would be taking another route, it wouldn’t be entirely convenient for her. The gentleman kept trying to persuade her to take his route instead, just so she could pick him up, not minding the fact that it was going to make her spend at least an extra hour in the Lagos rush-hour traffic! Well, she refused…and the date never happened. Reactions to this were mixed, with some community members saying she should have just made the sacrifice, that the guy was probably testing her to see how far she could go, etc. Testing though! Hmmm! Someone else felt she should have given the guy the benefit of doubt, and driven all the way to get him for the date. In the crazy Lagos traffic? After a hard day’s work? For someone she wasn’t even sure of? Hmmm, we think not!

Okay, what if Winifred had actually taken the plunge, and taken the detour to pick up her date? Isn’t it possible that she would have found herself, maybe, paying for the movie…the meal…future dates…her engagement ring…their wedding…their rent…school fees? You might accuse us of getting carried away, especially as bobo simply asked for a ride, but if the he couldn’t be bothered to go out of his way on the first date, wouldn’t that set the tone for the rest of the ensuing relationship?

Over the years, women’s standards and requirements have lowered, and continue to spiral down faster than the pull of gravity. Our men folk (God bless them) seem to be well aware of this, and have taken advantage of the situation. Gone are the days when a man who asked you out on a date would drive to your house to pick you up, take you out, and drive you back home. These days, it’s usually a ‘Let’s meet up there!’ arrangement, that could very well get cancelled with a simple text message that reads ‘Sorry. Can’t make it. Busy day at the office. Talk later?’, with the text sometimes coming thirty minutes after you were supposed to meet up. Blame it on gender equality or a sign of the times, but the fact that a woman is now being reprimanded for not going to pick up a man, who asked her out, is most definitely not a good thing! Not even a little bit.

In today’s world, it seems that men are able to get away with atrocities, without any repercussions. Women are continuously breaking almost all their standards, mainly so they don’t find themselves back in the Single Ladies’ Club. Men will continue to get away with as much as they are allowed to and, just like babies, they will keep pushing boundaries to find how far they can go! The question is, how much are you going to keep taking and putting up with, before you lose every sense of dignity and pride as a woman?

Don’t get us wrong. Spoiling, pampering and babying your man are important components of a relationship, and very healthy when it mutual and reciprocated. There’s nothing wrong with indulging your man and going out of your way for him…as long as he doesn’t turn around to abuse it, or take it for granted.

So, here’s a call out to the guys out there. You need to rise to the occasion! anticipate the need of your partner and also shower your lady with some TLC. When was the last time you made your lady feel special? Do you know the specific little things that make her happy? Do you only buy her the perfunctory gift on her birthday…or Valentine’s day, if she’s lucky? When last did you do something utterly sweet for her, that had her gushing to her colleagues the next day at work? We have found out that men rise up to whatever standards we hold them to. But ladies, know this. If he likes you, he’ll be more than willing to go the extra mile for you. And if he doesn’t? Well, aren’t you better off waiting for the one who does? Waiting for the man who deserves you might be hard, but settling for treatment you don’t deserve will eat away at your self-esteem, slowly but surely.

It is one thing to reduce your standards to accommodate someone else, but when does it become too much? Keep your standards as high as your heels, and only accept the love that you deserve.

The Love Lint (www.thelovelint.com) is a relationship support community, and a safe haven for all things about LOVE…the good days, and the not so good. Our forums offer a platform for people to commune with others, share their experiences, seek expert advice, and get the strength required to move on.