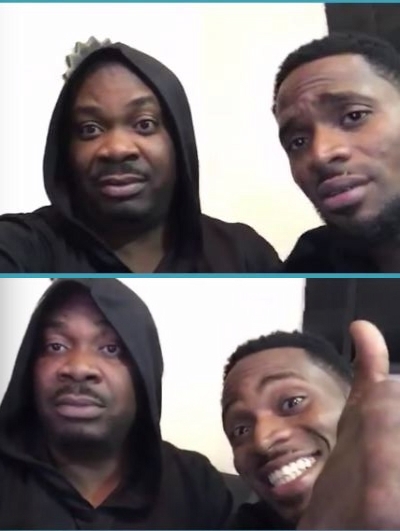 Don Jazzy is getting himself familiar with the Periscope social media platform and he has hosted a number of hangouts.

Periscope is a live video streaming app for iOS and Android.

The Mavin Records boss hosted his most interesting one yet – with none other than D’banj. Yes!

The fun video starts off with Don Jazzy trying to put D’banj through on hos Periscope works and it is hilarious to see.

Kayswitch is also in the video.

In the video Don Jazzy goes on to state that if his fans continue to listen to the media, they won’t always get the truth.