Singer and actress Jennifer Hudson is featured in the December 2015 issue of O, The Oprah Magazine and we love how she is glammed up for the shoot.

The shoot was shot in a New York City theater and we love how JHud looks so retro glam in purple while wearing looks from designer brands like Tadashi Shoji, Kate Spade and Mandalay. 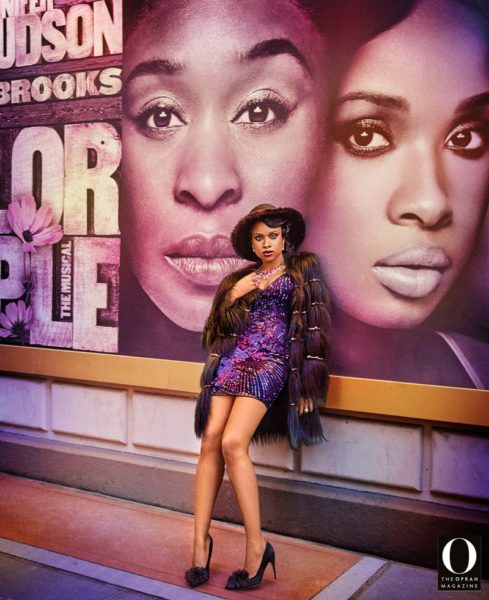 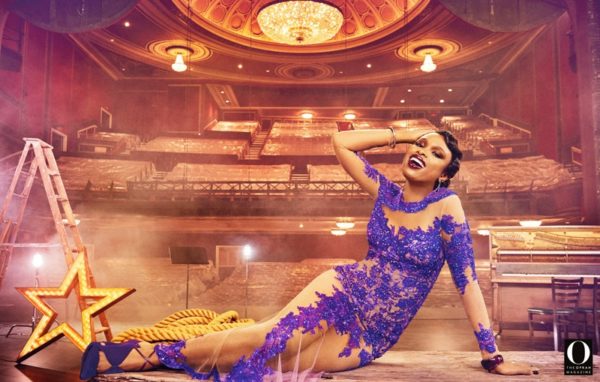 In the magazine the 34-year-old entertainer talks about making her Broadway debit with ‘The Colour Purple’ and how she has kept from being too nervous.

On making her Broadway debut as Shug Avery in The Color Purple: “I have butterflies taking on this role, but I like that. I never second guessed it – I just hopped right in. She is such a different funky character for me and I was very attached to book and the film.”

On her family enjoying living in New York: “We love seeing musicals. We’ve made it to The Lion King and Wicked already. My son says, ‘Mommy, this feels like home!’”

How she takes care of her voice: “Plenty of rest, and I drink lots of warm water with lemon and honey.”

The first preview of Broadway’s The Color Purple held at the Bernard B. Jacobs Theatre on Tuesday (November 10) in New York City.

“Nigerian Top Weddings” TV Show is Coming to the UK! Check out the Extravagant Teaser