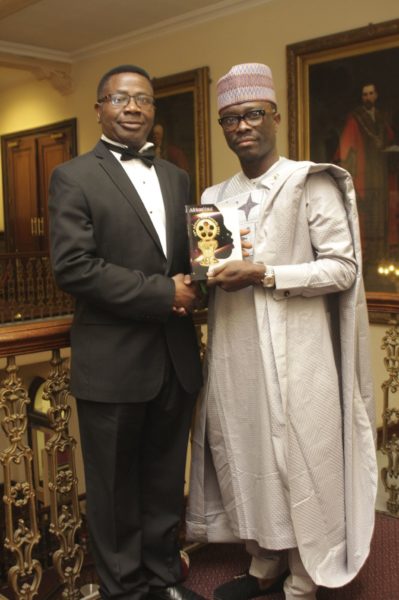 Ace comedian and author Julius Agwu has had quite an amazing year and to crown his efforts the entertainer was awarded with double Honours at the recently held 19th African Film Awards in London.

His company REEL LAIF Ltd got an investiture for their impact and role in the development of entertainment in Africa both home and abroad.

The event was held on Friday, November 13th at the Broadway theatre in Stratford London.

Julius Agwu was also was also recently given an honourary citizenship of the City of River Dale in Atlanta Georgia by the Mayor of River dale in USA for his charity and philanthropy.

Related Topics:julius agwu
Up Next

Pope Francis in Africa! See Photos from His Visit to Kenya