The Love Lint: Cheating Even When You're Happy In Your Relationship 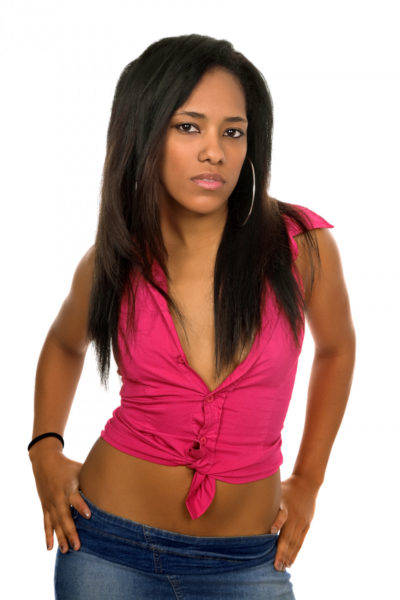 The first thing that comes to mind, when someone cheats is that their relationship is rocky. That must be the reason behind their cheating, surely. They must have been looking for the happiness, or whatever that’s lacking in their relationship, you know, the missing pepper and salt, hence they cheatation (as Wendy Williams would say)! But I’m sure we all know that’s not true in all cases. In fact, in most cases, it is so far-away from the truth.
That is why you will find a man, wanting to kill himself over another man’s wife – while watching with an eagle eye, every innocent move his own wife makes. He would not have minded going to extreme lengths for the sake of the other woman…or women. He would not even mind putting this woman in trouble in her matrimonial home, as long as he gets to talk to her, and as long as she does his bidding…but if a man so much as wink at his wife in a mall, or on the street, he is apoplectic with rage.

At home, that same man, who was chasing anything in a skirt, would become the epitome of good husband material. In fact, you would not believe that this man has a mistress somewhere –  sometimes a married woman for that matter.

Single sisters would even be using him as prayer point “Lord, give me a husband like Mrs A’s.” If only they knew! He is all lovey-dovey with his wife, calling her by her pet name, constantly sneaking kisses, and spoiling her with love and attention.

But outside the four walls of his house, he is a very active hunter. In some cases, the wife is even aware of his philandering, but chooses to turn a blind eye. Sometimes, it could be because she is just plain tired of complaining; sometimes, she is content with the love he gives her and has come to accept the fact that her husband will always have a spare tire outside. But in a lot of other instances, when the cheating is revealed, all hell literally lets loose, because people in happy relationships caught cheating often have more to lose than those who already have issues in their relationship.

Movies and soaps do not help matters, as they plot their storylines along intriguing stories of men and women involved in extra marital affairs, and obviously enjoying the duplicity, but provide no reasons for the situation. Well, we have tried to come up with some answers of our own!

For one, is the very good bad boy syndrome: Not exactly like the song connotes, but you know the guy who is a good guy, but he gets his high from cheating? Much like a drug addict, who can lose himself in his drugs, a good guy in a happy relationship can sometimes get his high from cheating. He/she sometimes feels the need to take a stroll through the edgier side of life, like bringing some spice to their otherwise predictable lifestyle.

Secondly, a clingy partner in a relationship may be more likely to cheat. While this might sound counterintuitive but it’s so true, as it is usually the needy and clingy person who cheats – once they can summon up some courage.
The danger is, once they start, it can be really hard to stop. Take the case of a new member of our community. She is a beautiful lady, who could have any man she wants. However, she is a very insecure person. Somehow, it was drummed into her head from an early age that men only date fine babes and marry the worwor ones, because they were always going to be afraid of losing a fine wife to another man. Home girl, unfortunately, has accepted that as the gospel truth!

That was how she turned her beauty into a handicap; she was the one that was looking for affairs, encouraging every look in her direction until whoever was her current beau would notice, thus leading to the end of the relationship, which only reinforced her long held belief.
Let’s just say, in the space of five years, she was in over seven relationships, without taking a break. Now, she is at last taking a breather, and trying to let go of that notion, replacing it with the belief that men do, indeed, marry beautiful wives and are faithful to them.

Fear of not being good enough in the bedroom. This is a concern that strikes men, more often than women. If care is not taken, sex within a marriage or committed relationship might turn stale within a twinkle of an eye. It can turn into something that both partners dread. And if there are issues of poor performance, then you can bet your last buck that it is going to a scarce affair, because there would be constant worry about doing it right.
But should either one of the partners start an affair; the excitement of a new affair will push the worry of non-performance to the back of the mind.

Lastly, blame the genes: Yeah! Some people can’t help cheating and it is not because they have been cursed. It is in their genes. Yep, DNA. Their father cheated, their great grandfather cheated, so it is just automatic that they would cheat.
I know, we struggled with this one too…and I mean struggled! We had a heated debate about it, and a lot of us refused to believe that there was any science to this preposterous theory.
Well, colour us shocked when we came across a study by Binghamtom University, which pretty much said a version of a dopamine receptor gene called DRD4 has been linked to people’s tendency toward cheating, and even one-night stands. The motivation is one of pleasure, followed by reward, which is where the dopamine release comes into play. Most members of our team (yours truly inclusive) still struggle with this, and refuse to give this ‘Get out of Jail’ or ‘Don’t blame me, blame my genes’ to our cheating brethren.
Nah! You can’t get out of it so easily!

Bottom line…enjoy your relationship, and hope for the best! Life is beautiful…with the right person.

Related Topics:RelationshipsThe Love Lint
Up Next

The Love Lint (www.thelovelint.com) is a relationship support community, and a safe haven for all things about LOVE…the good days, and the not so good. Our forums offer a platform for people to commune with others, share their experiences, seek expert advice, and get the strength required to move on.