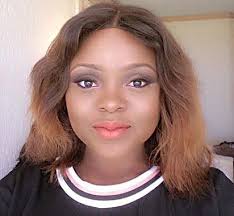 Some women sit silently in a house of pain afraid to open the door of possibility, afraid to face the breath of blessings waiting and pounding with the wind on the door. They stay clattered, constrained, confused in a space of familiarity as they face the pain and internal disaster that comes from walking with a partner that does not provide comfort, shelter, peace, prosperity but instead gives pain, pressure, doubt, distraction-all because they are afraid of that door.

They stare at it sure enough-they stare at it and dream of the possibilities on the other side –what could happen if I ventured outside she silently wonders? She has no clue about the cost of her constraint on her true worth-value diminished in a house of dust, cobwebs clinging to walls of whispered promises that never weave into actions of warmth.

But she still sits, waiting and hoping for some change-some chance to clean this house up again-misunderstanding there is no path for answers in the dirt road of disaster. In settling for less, she compromised herself-she threw away a chance to have the best. In life’s tests-wherever you sit, wherever you choose to stand-look around your environment-it will show you the truth through objectivity-an infected bond suffers from disease at its core.

It could be as a simple as a couple of words spoken in confirmation when you know truly, its not enough-to a friend, a partner, a colleague or even to yourself-because even we sometimes try to lie to our conscience of what we truly want.

But the most usual form this desperation comes from, is when you settle for less than what you deserve in a relationship that has taken so much from you. When you fail to realize value is not meant to be hidden behind constant wounds of daily debates about feelings, answers, promises unkempt, words woven into lies that once rang with the comforting bell of truth-she listens for that sound as she looks at you-she wonders what has changed, she debates with her thoughts, silently trying to explain to herself before-the strong woman she used to be, the one with vision, the one who could see so clearly her worth-that its all worth it, it’ll change eventually-but her past self starts fading before her very eyes-and it scares her so deeply because now she can no longer hide from the lies.

She no longer knows herself-she no longer recognizes her voice-friends see the desperation in her eyes-a silent cry for help-maybe a hand raised in violence has grazed her cheek once more, as she pats it away with some powder, lying with each dab to her heart’s silent beating drum-to leave this place of pain, to step through that door and see what awaits her, to take away from her present place of torture, resentment, uncertainty, defeat.

But women have this strong ability to cling; combined with a maternal instinct to feed and nurture and provide for needs, it becomes a dangerous weapon she stabs herself with-over and over she feels the pain but still fails to walk away-she has paralyzed her legs with delay.

Addicted to this twisted form of love’s true face-she is confused about what her heart really means when it screams-because you see-she has become so used to the pain-she does not understand what it means. Words of courage have decreased in her vocabulary. She does not see, it is time to leave. She has become so used to the lies, she believes they are truths spoken from a mouth that holds no power to hide behind such vile views. She has become so blinded in this darkness she has adjusted to its light-and through its burdensome blight, has become crippled with expectations that don’t even exist-they are all a façade-but she cannot see because she has spent too long in this house, too long sat in a position of defeat. And so she resists the urge to change her ways-she resists the urge to speak. She silently cowers before his breath-afraid of its sting. She lies to herself consistently until her conscience loses its willingness to speak-even it has given up in defeat.

In this place, only she can remove the veil-only she has the power to see-but she fails to answer that inner voice that speaks from within-an intuition women are gifted with-a sense of knowing that our hearts speak even before our eyes are graced with the manifestation of its understanding.

That is the only key she has now but she has never tried it. Because she has killed so many positive thoughts that used to speak before he walked through her door, by compensating and exchanging her worth for his debts of distance, delay and distraction, she has handed herself over to a dungeon-and locked herself up. But this key, glimmers within-when it gets really dark-some are able to see it. Unfortunately others never discover it and remain holed up in that dark space of denial-rusting away in the cobwebs of lies that fail to speak revival.

The darker it gets, the more the voices that surrounded her, family and friends, become confused by the image she now presents-someone different than who they knew-but clouded behind so many lies, so many hurts, so much pains and pangs of pressure he used to slide through her practiced gaze with false words of affection, she cannot even see her true reflection-she cannot see her face-she believes only him-she trusts only his thoughts although they present her with shattered worth. And in this place, a very dangerous space, the only release is that key. Some wake up from that nightmare they do not even know they inhabit to find it, glistening in the dark corner of a dungeon they have become accustomed to its habits, the way the light shifts on the walls, the way shadows move across the floor, but this key is different they silently think-and so they try it. Watching its glistened form, its different glow-not the same as all the cobwebs and dust that surrounds it. And the more they glare, the more they see-maybe just enough to try and open the door with it.

But that is a few practiced steps-maybe one today, two tomorrow-sometimes days and months between each step because each one costs her heart so much- she has forgotten how to move in independent thought. A few make it to that door-a few less push the key through the lock-and only a twinkle walk through its passage to the other side-only a few open their eyes to the rays of the day’s sunshine.

But even this stage is where friends and family are needed to support them-as they move through that passage, as they take each step, notice their words, a silent scream for help-they may forget the words, they may not be sure how to communicate these new thoughts-but watch their movement, watch their form, and extend a helping hand to help them rediscover their worth.

She has found the stranger she once loved-she has rediscovered herself while limping through that door. Extend a helping hand to make sure she remembers this choice in its true form: a self birth of release from a cage of deception and defeat.

Related Topics:Tolu Falode
Up Next

#BN2015Epilogues: Betrayed & Heartbroken But Ife is Sure God’s Got Her Back for 2016