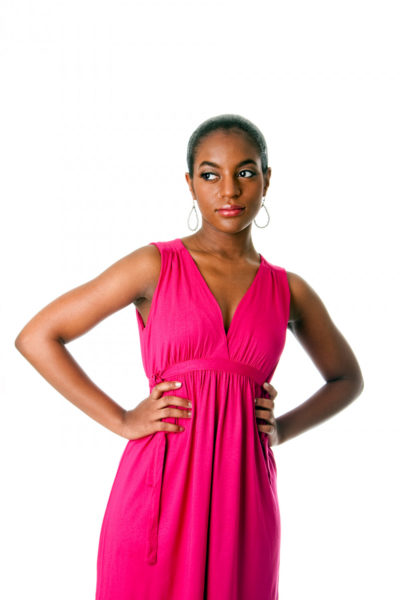 There is a common saying that, “all liars go to hell”. Personally, I doubt it for various reasons – including the fact that I don’t believe that Sarah, Abraham’s wife, (who lied about laughing when she was told that she would bear a child in her old age) ended up in hell. That aside, lying is a bad habit and if not controlled, can turn into a disgusting character.

People pick up lying habits from different places – sometimes from television, friends, teachers and even their parents! It could begin from simple things like one asking his or her child to tell a visitor that he or she is not in the house. They become more complicated lies like denial after stealing.

The environment in which one is brought up has a lot of do with shaping one’s moral virtues. I never felt like I had a reason to tell a lie until I got into a boarding secondary school. After being bullied for a whole term, I had to report to my parents, who handed me over to a new guardian. I remember the first words she told me “Don’t you see your mates? You have to be sharp! You must learn how to lie and how to zap!” (zap was a slang for evading people especially senior students, errands and punishments). After that day, I believed that I had received authority from a higher place to lie. So my lies started with excuses like “I’m not feeling fine – I’m having asthma, chest pain, menstrual pain, vertigo, measles, chicken pox, broken ankle…” the sicknesses were unending. Initially I felt bad after each lie and sometimes I would cry and run straight for confession immediately, but after a while, my heart became hardened and my confession periods were cut down dramatically. In fact, I almost did not see lying as a sin anymore or I just assumed that it was one that could easily be forgiven as long as I was not hurting anybody directly.

My environment was a huge contributing factor because almost everyone in my school told lies, especially the junior students to aid survival. For every big lie I thought I had told, I would hear an even bigger one from someone else. I had heard a girl say that their grandparents were into juju (voodoo) and so if a senior student punished them, evil will befall them; junior students always claimed that they had spat into their bucket or bottle of water to prevent seniors from using them during water scarcity (I can’t say for sure that this one is exactly a lie though); some would lie about their provisions being stolen (the seniors especially) so that others would contribute and give them more; some had self-diagnosed allergies to toilet bacteria (don’t ask me what this means please) so that they would not be given a toilet cleaning duty; a few always claimed that they went abroad for summer and then came back with fake accents. One time, a classmate of mine claimed that she had suddenly been touched (I have no clue of what/who touched her) and then started preaching afterwards. When I asked her about it a year later, she laughed, winked at me and then whispered “You know every”; I could only shake my head. So basically, lying was important to get you out of trouble or to make you popular in my school.

My favorite ‘liar’ was a girl called Esther, who was in the same dormitory as I was. Back then, my school had a policy of fining students for returning late to school at the beginning of a term unless one had a good excuse as determined by their house-mistress. Therefore, the house-mistresses for each dormitory would sign each student in and if one were a day or more late, she would be fined.
Esther was a sharp babe; the first term she returned to school late, she told our housemistress, Mrs. Bassey, that she had just lost her beloved grandmother. Mrs. Bassey was very sympathetic especially as Esther began to wail and talk about how close she had been with her grand-mum.

I did not believe her but she was not fined. I got to find out later that her grandmother was actually late but the event had happened many years ago. The next term, Esther was late to school again; this time her grandfather had died because he could not bear the loss of his beloved wife. Again, Mrs. Bassey showed empathy and did not fine her. She continued with these stories until one term something happened. Once again, Esther was strolling in shakenly as usual, four days after the actual resumption date. I smiled to myself, waiting to hear what she had to say since she had lost all her remaining grandparents. It was almost as if Mrs. Bassey had read my mind because the moment she saw Esther, she shouted “Ehen! Who has died this time?” People around burst laughing and even Esther was so embarrassed that she could not think of anything to say; she paid the fine for the very first time.

After that episode, Mrs. Bassey launched into a preaching mode where she told us about the power of the tongue and the disadvantages of lying as you could end up cursing yourself. For instance, if one always claimed that she were ill, she might actually end up being ill e.t.c. She also expressed concern about us leaving school with such a bad habit and taking it elsewhere.
This was also a worry to me as I was becoming addicted and sometimes found myself lying unnecessarily at home during the holidays. Therefore, I made a promise to myself to quit lying (or at least try to) once I graduated, because I did not think there was any other way to pass through my secondary school.

I have since reduced the trend, although occasionally, I am compelled to say things that I don’t really mean like “You look good”, “I will think about it” or “I was just about to call you”, depending on the situation but I continue to try my best to be an honest person. Inasmuch as I think that adults should have fewer reasons to lie, I still meet a lot of people who tell so many white lies that I cannot help wondering if they have always been this way. Some lie in a more subtle ‘humblebragging’ manner e.g. ‘I almost bought a Gucci bag but there was no place for me to change my pounds to dollars and so I could not pay.’

For me, lies are more annoying when they are completely unwarranted; (especially if the liar was not even asked any question) or in situations that have a long-term impact – such as one’s sexuality or disease status.

Regardless of what may be, one has to be cautious about lying, because it can grow on like a disease and often requires more lies to be sustained.

As the year is drawing to an end, let us review our bad habits and try to be better. There are many ways to get around uncomfortable situations without lying; ‘Honesty will always remain the best policy’.

Related Topics:LiarsliesLyingUgochi V Ukah
Up Next

Seun Tegbe: This is (Not) How We (Should) Do it in Nigeria

Marieanne Atim: 6 Ways to Give Your Business a Facelift in Time for 2016