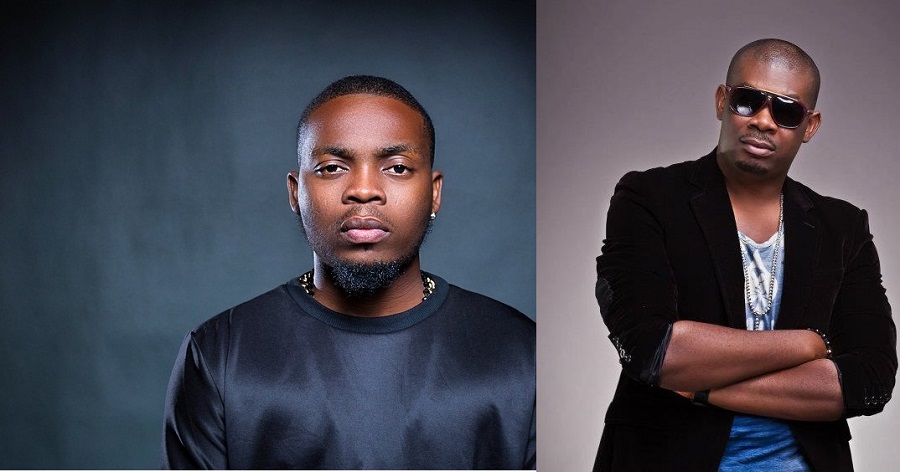 Things got very very interesting a few minutes ago at the 2015 Headies Awards when Olamide (and the whole YBNL crew) escorted Adekunle Gold on stage to collect his award for “Best Alternative Song”.

Leading up to this heated moment; things were already quite tense as everyone anticipated the winner of the coveted “Next Rated Award”.

The Next Rated Award comes with a lot of recognition (and the bonus of a brand Hyundai Car).

While a lot of people expected Lil Kesh to win, the award went to Mavin artist Reekado Banks.

So when Adekunle Gold came on stage with the whole YBNL crew, it was inevitable that the CEO Olamide would take the microphone to speak his mind.

Olamide went OFF on the Headies saying the award should have gone to Lil Kesh as he had back to back hit songs all year round. Olamide stated “Ko ni da fun Iya anybody” (A Yoruba expletive involving the mother of the recipient) and flipped off the whole hall before throwing his drink on stage and storming off with his crew.

Just when we thought things had ended, Don Jazzy was given a Special Recognition award and in his speech he stated that he has never liked awards and the only reason he came for the show was to support his “children”. He also stated that he had told Reekado Banks and Korede Bello (who were both nominated for Next Rated) that he’d buy cars for them.

Don Jazzy ended the night with a bombshell saying “Egbon Olamide, if you want the car come and collect it. God bless you”. He and the Mavin artists then stormed out of the venue.

Catch a glimpse of the exchange below.

I’ve watched this like 20 times. Olamide wasn’t having it! ?? #Headies2015 pic.twitter.com/SHDnmnLIOI