At Ben Murray-Bruce‘s 60th birthday and book launch this weekend, Don Jazzy was called on stage to perform with D’banj. 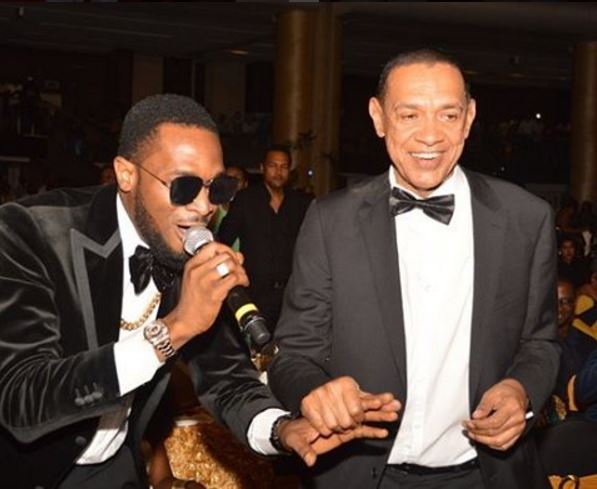 D’banj and Ben Bruce at #BenBruceat60

This is a video of Ben Bruce saying his birthday wish was for Don Jazzy and D’banj to perform together.

However, he had already left the hall at that time. D’banj then said on stage, “he don escape”, “E be like say dey don hide am” and that he had already told Don Jazzy he will call him out to perform together.

This made many people speculate that Don Jazzy snubbed him, however, he cleared the air in his tweets below by saying he is not an artiste – remember in December 2015, he said he was retiring from his ‘artist side’.

I already announced that i am taking a break from being an artist. Hence why i didn’t perform Surulere with Dr sid and concur with Timaya

My team also performed tonight na guys. i didn’t show up. I am not an artist i take GOD beg una.

Moreover i had left the venue way before Dbanj’s performance tho.

@winniewesley Madam dbanj and i have performed together 3 times in the last one year. But now I’m on a break oooo.

It’s 2016, Why’s There Still No Power? Gbemi Olateru-Olagbegi Tweets What a Lot of Nigerians are Thinking