Tess of Girlfriends: Are You Dating Your Way To Slutsville? 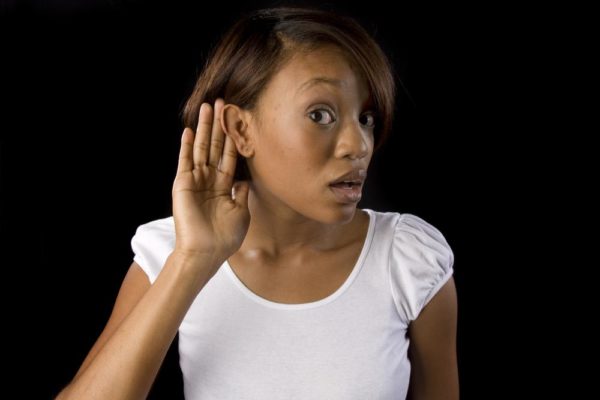 Interactive post alert – this piece may not teach you anything you do not already know. The intention here is to ignite some soul-searching on your part. As trainers/teachers usually say before a session, in a bid to avoid having a snooze-fest; ‘this is going to be interactive’. So, rather than lecture you, let’s share ideas and views on the subject of dating, especially now with the recently concluded Valentine’s day celebrations. I shall look out for your views in the comments.

A few days ago, I was watching #RichKids Of Beverly Hills on E! because you know – aspirations – and ‘speed dating’ was mentioned. Actually, I wasn’t technically or actively watching. The show was on, while I was doing other stuff. I usually like to have something playing in the background. Is it just me who does that? Am I weird? My default background channels are usually E! Fashion TV or Comedy Central (who else thinks it’s really cute the way Comedy Central gives their age restrictions with all those animal illustrations before any show? Don’t even get me started on their Just For laughs: Gags – I’d go ballistic if someone played such practical jokes on me. Yeah, call me uptight if you want)

Anyway, back to the ‘interactive’ gist… while the #RichKids of Beverly Hills show was on in the background, my ears managed to pick up the discussion on “speed dating” and how it could be a good or a bad thing. In case you’re not aware, speed dating is kinda like an employer actively searching for a new intake. You go through a series of dates with multiple potential partners in a short space of time, in a bid to find ‘the one’. Once you meet someone and they fall short of some expectations, you quickly jump ship and move on to the next person.

One of my male cousins told me a few years ago, that the maximum number of exes a decent girl should have is 3 and so that I better be ready to marry one of the first 3 guys I date with a 4th guy as the worst case scenario, which would then leave me with 3 exes. Hmm! (I asked him what applies to decent guys and I’m yet to get an answer. Hehehe) Is this rule of 3, true? Like seriously? Does it automatically mean that if a girl has more than 3 exes that she’s a slut? Gee! That can’t be right. I mean, we’re not even talking of body-count since not all relationships are gbensh-inclusive. This one is about just dating, sex or no.

Could this count-type thing be the reason people refuse to let go of bad relationships? They just keep managing and enduring all sorts of abuse from the so-called partner to avoid increasing their number of exes. Where do you draw the line? Do you shy away from dating and just wait for a “miracle” spouse? Or damn the consequences and blaze through several potential partners until you find ‘the one’? Do you try to strike a balance, in which case, how many potential frogs should one kiss while attempting to find the prince/princess? 3? 17? 46? What happens if you don’t find ‘the one’ when the predetermined number is exhausted? Do you give up? Or set a new number? Do you even keep count?

In some cases, it’s other people that will keep count for you, which is why I’m an advocate of keeping your life, especially your love life, away from the public eye… and by public eye, I mean social media. Some people take this to mean you don’t love or appreciate the person enough to show them off – and there’s a point there.

However, your love life and whether you choose to flaunt it or not is really nobody’s business. My question on social media flaunting is this (based on experience) – isn’t it better NOT to do all that showing off that makes it everybody’s business, than having to show off and answer all kinds of questions from nosey family, friends and acquaintances? …and then having to wipe all evidence/traces of the person when things don’t work out? (Yeah, yeah, we always think it will work out until somehow, bam! It just doesn’t!) and in this age and time of screenshots, your attempts of cleaning up your past on your Facebook, Instagram and other social media accounts may well be futile.
You’ll be surprised at how quickly monitoring spirits can make the evidence resurface when the need arises. To make matters worse after all that, when you have a new boo again and start flaunting them on social media all over again, the monitoring spirits will come back with questions which can get very very awkwaaaard. Another awkward situation is where one party is flaunting and the other party isn’t. Yes, the monitoring spirits will notice that too. Where celebrities get the thick skin for handling this intense public scrutiny, I’ll probably never know.

I have a friend who says “no ring, no strings” which I agree with and for me, those strings include flaunting on social media abeg. No ring, no flaunting. Why must we flaunt/announce so speedily anyway? Why must we rush through life? There’s a lot of time for all the announcements and paparazzi after the deal is signed, sealed and delivered, yes? True love waits, doesn’t it? Although, some argue that the flaunting of a thing can help unearth some secrets and hidden agenda of your intended, which is true – we’ve all witnessed this happen over and over. There usually is someone who knows a thing or two about your new boo willing to give you the low down but hey, will you rather have the exposure of hidden agenda be done publicly? Whatever happened to private investigation?

Still on the speed dating dilemma, how long should one wait between each dating partner? Some say until you heal from the burns and scratches of the former relationship but, what if you aren’t hurt and therefore require no healing? In which case you’re free to just move on to the next person. However, that way you basically appear like you’re hopping from one person to the other, even if your intentions are pure. Is that how players/sluts are made? …Seeing as you’ll be leaving a trail of exes who may or may not add wings and tails to what really happened with you both, when they tell the story to their friends (side eye @ guys that claim getting down with chics they never even kissed) Even if you’re hurt, some schools of thought encourage rebounds based on the fact that, they help you quickly get over the pain/hurt of the past relationship. Plus who says a rebound can’t turn to something more?

Drop the Weight With EJ: Take These Three Steps to Handle Food Cravings

Chukwuka Nwajei: Developing a Business Strategy for 2016 & Beyond