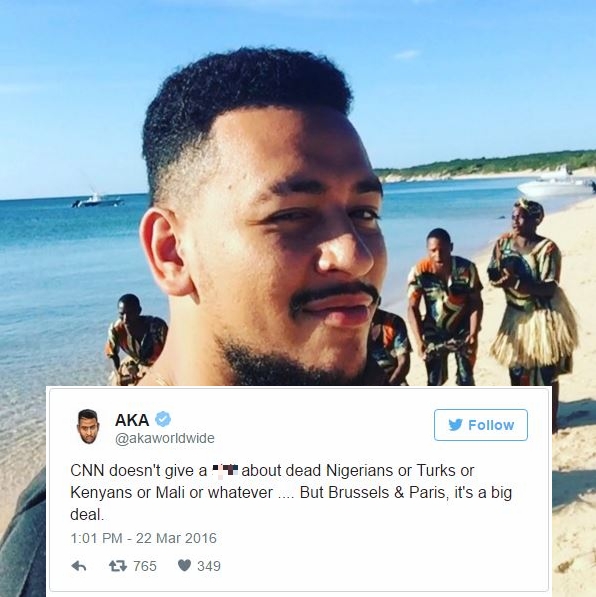 Popular South African rapper AKA shared his thoughts on the recent terrorist attacks in parts of the world and how certain parts of the media report them.

CNN doesn’t give a shit about dead Nigerians or Turks or Kenyans or Mali or whatever …. But Brussels & Paris, it’s a big deal.

It’s clear that it’s not about how many people die in these terrorist attacks anymore. It’s about WHERE they happen.

Related Topics:#BrusselsAKAKenyaNigeriaParisterrorists attack
Up Next