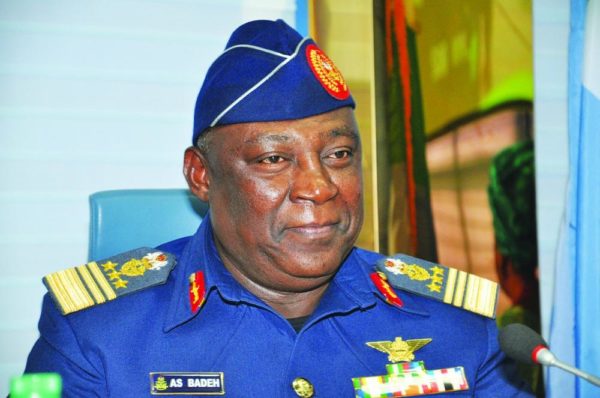 The trial of the former Chief of Defence Staff, Alex Badeh, was on Monday stalled at the Federal High Court, Abuja, following the inclusion of additional evidence by the prosecution.

Rotimi Jacobs (SAN), Counsel to the Economic and Financial Crimes Commission (EFCC), the prosecutor, had filed additional proof to beef up evidence against Badeh.

Akin Olujimi (SAN), who replaced Samuel Zibiri (SAN), as the defence counsel, however, filed an application seeking an adjournment to study the case file.

Olujimi also said the defence team needed time to study the additional evidence filed by the prosecution. But the prosecuting counsel opposed the application, leaving the Judge, Justice Okon Abang with no option than to rule on it.

Delivering the ruling, Abang held that the right of defence was a personal right of the applicant that could not be denied. He said the applicant had the option of defending himself personally or to enlist a private counsel to act on his behalf.

“The applicant has since March 7 when he was arraigned been represented by a counsel, so he cannot in the attempt to hire another counsel halt the trial. Today is reserved for commencement of trial and the court will not allow any flimsy motion to stop that. However, on the issue of late service of the addition proof of evidence filed by the prosecution, the applicant may have a point there and so the application has succeeded in parts” Abang said.

The judge then held that “in the circumstance, the application succeeds in parts to enable counsel to the applicant study the new proof of evidence before the commencement of trial… The matter is hereby adjourned till March 16 for day-to-day trial.”

Badeh is standing trial for alleged misappropriation of N3.9 billion belonging to the Nigerian Air Force while serving as the Chief of Air Staff.

“How can we be productive? No light, no water” ABSUTH Provost Joins Students to Protest 36 Day Power Outage