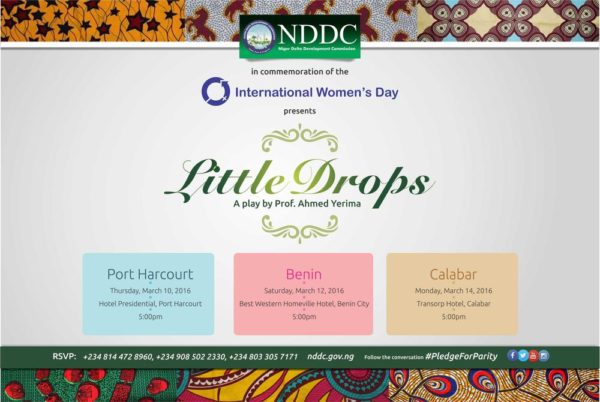 The Niger Delta Development Commission in commemoration of the 2016 International Women’s Day has launched a series of performances of the stage play titled ‘Little Drops’, written by Professor Ahmed Yerima.

The series was launched in Abuja last week and now the Port-Harcourt edition is here!

The Port-Harcourt edition is set to hold on Thursday, 10th of March, 2016 at the Presidential Hotel in Port Harcourt.

To attend the stage play in Port Harcourt on March 10, click here to register.