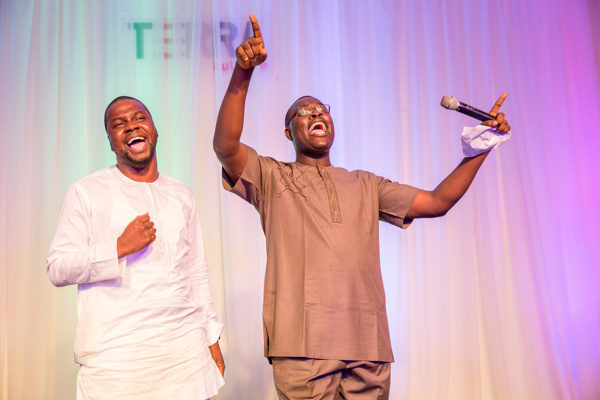 My car had broken down, for the umpteenth time, on the high way.

This was a car I bought under ‘tension’, so desperate to have a car in ‘this same Lagos’ where my friends who didn’t work as hard as me were driving SUVs and CRVs.

I had saved up all I had to buy it, despite my mother’s caution. And, so of course, it  became a vehicle of disgrace.

And here, we were again. It was past 10pm on Eko Bridge; Adebola Williams and I had just finished one of our endless meetings seeking funding for the Future Awards Africa; and my ‘motor car’ had broken down again.

While I sat in the driver’s seat, thoroughly confused, ‘Bola swung to action. He got out of the car and looked around. He began to make calls, while I failed to emerge from my paralysis. He asked me to get out and see if I could push the car. He reminded me to quickly take the little money I had just been paid from the back of the car and put it under the seat.

Remember: this was my car. My mess. But Bola was taking charge.

Then suddenly, four guys appeared, menacing as they must look. One wielding a knife. Another gesturing towards his right hand in his pocket, to suggest that he may or may not have a gun.

While I was shaking like a leaf, they took our phones, and anything else they could find. They warned us to say where we were, and they began to walk away.

This was the time before ‘fast’ Internet in Nigeria, and when only geeks knew about Dropbox and iCloud. When I could barely afford money for a laptop, talk less of an external drive. So all my writing, all my work, all my articles, everything was in that laptop.

“Bola, they took my laptop! I am finished. What am I going to do?

And then without thinking, without pausing, and with no regard for himself, Bola raced after the men who might or might have had guns to retrieve my laptop.

I stood there, transfixed. I couldn’t believe what he had just done. Why he had just done it. What he hoped to achieve. I could only watch Bola run towards them, risking his life, because he knew how much mine depended on my personal computer.

It wasn’t until one of the guys turned back and waved a knife, that I had to scream for Bola to retreat, to let them be, to stop risking his life for me.

Adebola had forgotten this story. But I had never. I have never. Probably never can. I share it with everyone who asks to know why our friendship has stood for over 12 years now. A friendship that has seen us build a business, build brands, build relationships, build institutions – and through it all, keep growing and learning. I tell it to my team members every now and again. I tell it to those who seek to understand.

I tell them: Adebola Williams is the most selfless person not named ‘mummy’ that I know.

He is vain. He loves to take selfies. He was born for luxury. His middle name is ‘Lush’. He knows how to work a room. He can talk to anybody, anywhere, at anytime. He can turn a ‘no’ into a ‘yes’ in a matter of seconds. He steps into a room and he sucks all the energy out of it. He wills you to notice him. He dares you to ignore him. He walks through the space like he owns it, suffering no lack of self confidence. His sheer presence overwhelms friends, intimidate foes.

But Bola is the most selfless person I know.

If I myself weren’t a victim of those who cannot believe my age, I would doubt it. Because he has lived so many lives in one. He has accomplished plenty, beyond imagination. He has built a sterling character-based reputation – rejecting everything from questionable wealth to tempting government appointments. He has sealed million dollar-deals and spoken everywhere from Harvard to the African union.

Accomplishments mean nothing if your humanity is empty; and that is where Bola truly shines.

I am an only child, growing up loving the pleasure of my own company. I was used to the role of the outsider. Uncomfortable with crowds. Manic about my personal space. Deeply distrustful of people, because I grew up to see a country that rewarded evil, and gave no space for decency, for good faith, for love.

Adebola broke through all of that.

It was easy for him to do so because I could see a beauty of soul and a poetry of spirit that one finds so rare in a world where everyone is trying to gain an inch over the next person, exploit your weakness, show off their superiority, cheat, lie and deceive, prove that they are better than you, run you down in public while they claim to be your friends, and abandon every dcency in the pursuit of advantage.

Sometimes, it gets so tiring. You wonder: how did people get so bitter, so small, so insecure, so hateful and spiteful, so lacking in the good graces of basic humanity?

It was easy for me to give in because I met a friend who, over the past 12 years, has risked his life, and much more, for so many people I know – and then for me.

There is a friend that sticketh closer than a brother. As always, the Bible puts it in better words than I could ever have.

And it’s from that place of glorious safety that I say: Happy birthday, my brother.

I celebrate your life.

And I thank you. For the gift of your friendship.