Oluwabunmi Oke: The Working Woman & the 21st Century Nigerian Man's Expectations of Her 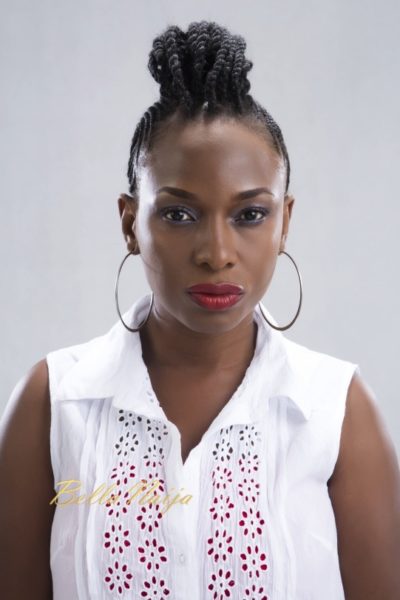 One day during one of our psychiatry lectures while still in medical school, the topic of gender roles was discussed; I turned to a male friend and classmate and I jokingly said, ‘imagine both of us were married, both resident doctors in training and say you finished work early before me at around 4 and I don’t get home till like 9, you won’t mind eating Indomie abi?’
I never expected the speech he gave me afterwards.
‘Of course I would mind. We are both doctors, yes; but that does not mean I will start eating Indomie and garri because you work late’ I was like ‘huh?’
He later went to explain that he had no problems with my dreams and aspiration; but because I chose a seemly time consuming field did not mean I would not cook for him, wash his clothes, iron them, take care of the children and perform my wifely duties whenever needed.

The way my mouth opened that afternoon cannot be explained. I was talking to a 21th century man, a man well read , exposed, who had about 4 elder sisters. He was someone I thought understood the plight of women and the need for the empowerment of the girl child. I turned to another male colleague who had heard our entire conversation and he also nodded in agreement. I sat there thinking, ‘you both have to be kidding me.’
He went on to say women were created to be help mates; citing the Bible, historical references which all pointed to the woman’s job as taking care of the husband, home and children. He said look ‘Bunmi you were designed to do just that. Like I said I have no problem with a woman wanting to rise to the top of her career, just don’t slack in your primary assignment and expect me to help or curb your ways. You have decided to be a boss, no problem. Now you must do both exceptionally well’ That was the first time it hit me… I had never really given it so much thought on how being a career woman would be. I was taking on the role of the man and the woman.

I am a trained doctor. My colleagues and I do the same thing at the work place. We both get to work as early as 7 if we are not on call and had been awake all night attending to patients, and don’t leave the hospital till past 5.
So male doctor goes home, kicks off his shoes changes to a shorts and singlet, grabs the remote and starts watching highlights of the football matches he probably missed while on call and then later reads as he has residency exam coming up soon.

Female doctor leaves the hospital, first stops at the market buys food stuff, rushes home to cook all of it. The nanny just dropped off the children, she sends them off to play with the neighbour downstairs so she can concentrate on the food. She whips up something for dinner, and one part of her brain is thinking of what the children will eat for breakfast and also what she will put in their lunch boxes. She baths them, put them to sleep, brings out their uniform for tomorrow and then she remembers tomorrow is cultural day, now she has to look for something traditional for them to wear, iron them, clear out their bags, looking through their homework and making sure it all properly done.

Then back to kitchen, to clear it all, try to figure out what the hubby will take as lunch to work and also eat for breakfast, then back to the closet to pick out her dress and his cloth for work tomorrow. As she tries to settle in bed to read because she also has exams coming up, hubby touches her down there and says, “Babe, oya.”
This is the simplest algorithm I have tried to explain above, and this scares me as I write it. To all working mums, wives who are excelling in your chosen fields, I have one burning question to ask, how do you do it? I am single and it is freaking hard. I can’t even imagine doing this with two children and a man.

To every working mother out there you are the real MVPs. Just take a second to really appreciate yourself because you are doing a man’s job plus a woman job and you are doing amazingly well.

So lesson learnt, you chose this. You chose to add a plus to your life. It’s not going to be easy but you are going to have to this because you are woman and you are beyond capable of much more because you were created to be able to do more.

A medical doctor, writer, entrepreneur who uses her writing to express the reality she finds herself in.