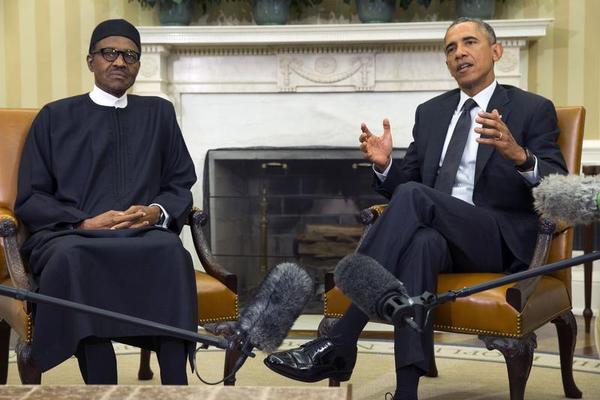 Abuja, March 29, 2016 (NAN) – President Muhammadu Buhari is to leave Abuja on Wednesday for Washington to join President Barack Obama and other world leaders and heads of international organisations at the 4th Nuclear Security Summit.

This information is contained in a statement issued in Abuja on Tuesday by Femi Adesina, the Special Adviser on Media and Publicity to the President.

According to the statement, the plenary sessions of the summit will be dedicated to reinforcing international commitment to the non-proliferation of nuclear weapons.

It stated that President Buhari, at the sessions, would insist that “while Nigeria will continue to sustain that commitment, world powers must respect the right of other countries to the peaceful use of nuclear energy for development purposes.”

“The President will reaffirm Nigeria’s stance that international efforts to ensure greater security of nuclear materials should maintain a balance between nuclear non-proliferation obligations and the indisputable right of Nigeria and other countries to harness nuclear energy and technology for socio-economic development.”

It would be recalled that Buhari had told the Director-General of the International Atomic Energy Agency, Yukiya Amano in Abuja earlier this month that the Federal Government would welcome greater support from the Agency for Nigeria’s aspiration to begin the generation of electricity with nuclear energy.

The statement maintained that while in Washington for the Nuclear Security Summit, the President and his delegation would also hold bilateral meetings with other participating Heads of Government and high-ranking U.S. Government officials.

Those in the President’s entourage, according to the statement, include Governor Mohammed Abubakar of Bauchi State, Governor Abdulfatah Ahmed of Kwara and the Minister of Foreign Affairs, Geoffrey Onyeama.

The President will return to Abuja on Sunday. (NAN)