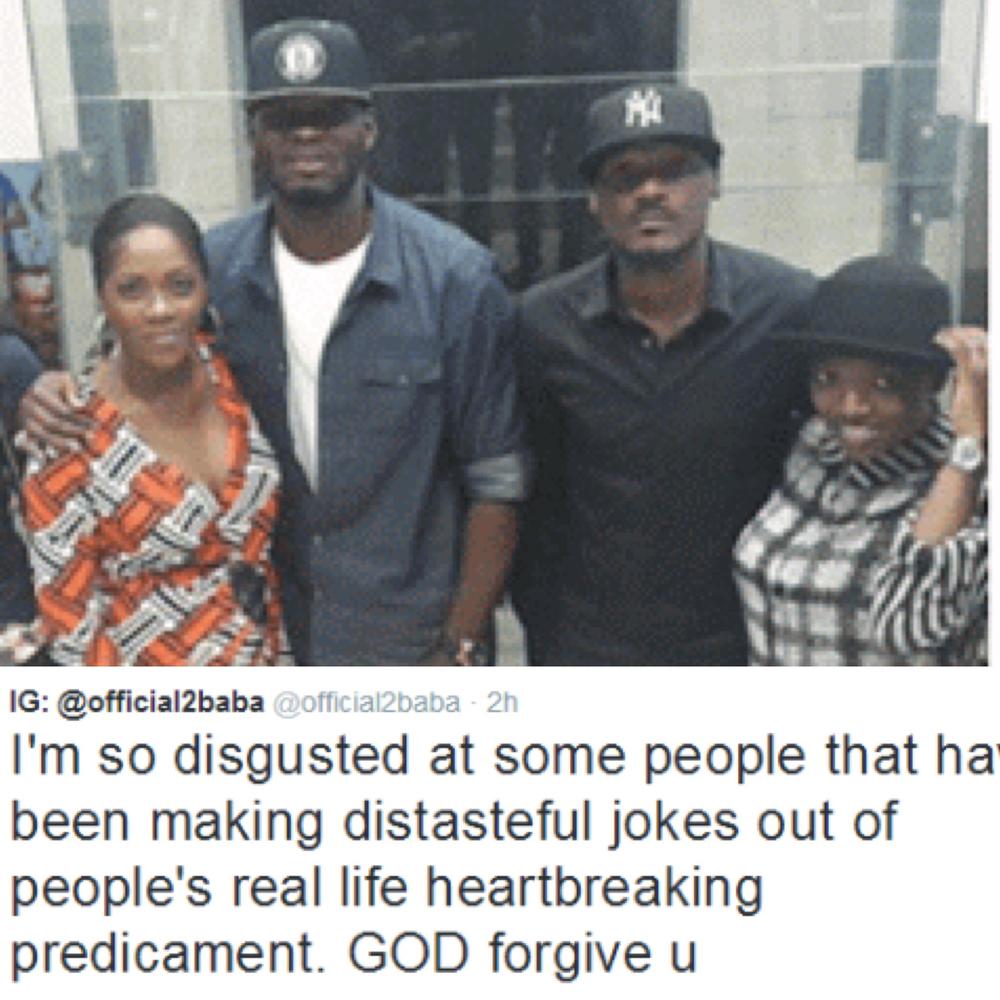 Music star 2Baba has expressed his disappointment at the people who have been making jokes about the unfortunate Tiwa Savage and Tee Billz situation.

He tweeted this evening: