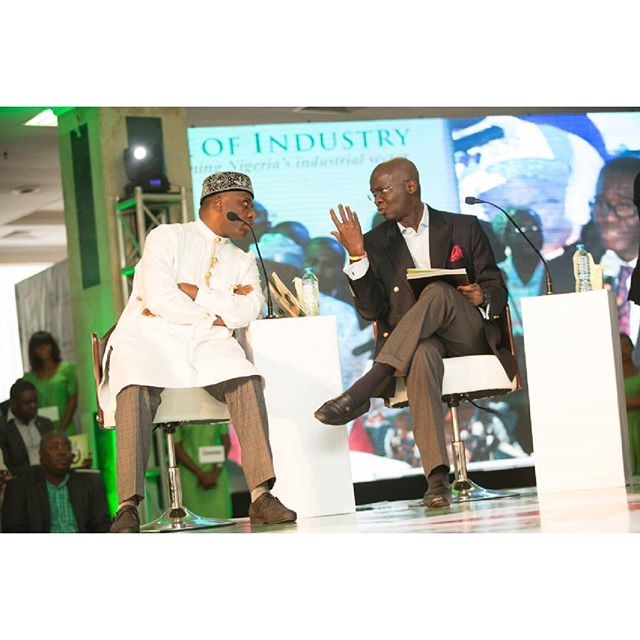 The Federal Government will require about N2 trillion to complete no new fewer than 226 ongoing road projects across the country.

The Minister of Works, Power and Housing, Babatunde Fashola made the disclosure in Lagos while speaking at a Town Hall meeting organized to brief the public on the activities of the government in the last 11months.

The Ministry of Power, Works and Housing proposed N423billion at the Federal Executive Council and the information reaching us is that we are not going to get all that .
Ongoing road projects alone awarded by the government before we came– about 266 roads awarded in the various states– the liability to complete them is about N2trillion.
So, when you look at N400billion,you know that that that is not enough, but when you compare what this administration is going to do with the N400billion, with what the last administration did,you will know it is much progress.
What the last administration did was to budget N18billion for all the roads in the country, knowing the liability was in excess of N2trilion.
For the three sectors,that is Works,Housing and Power, the total budget by the last administration was N24.5billion.So ,this administration decided to move away from that and that is why we have a figure that may not be enough, but substantial for the sectors“he said.

In the power sector,the minister said though there were many challenges facing the sector, the government will do everything possible to fulfill its promise to revamp it. According to Fashola, the 5,000 megawatts the country was generating was inadequate and explained that the government was completing some ongoing power projects and and taking other steps to boost generation.

On electricity metering, Fashola said his ministry was engaging the distribution companies to ensure that they distribute metres to households.

The minister revealed the government is designing a housing model for the country that would not only take care the problem of affordability but also take into consideration cultural suitability in every part of the nation.