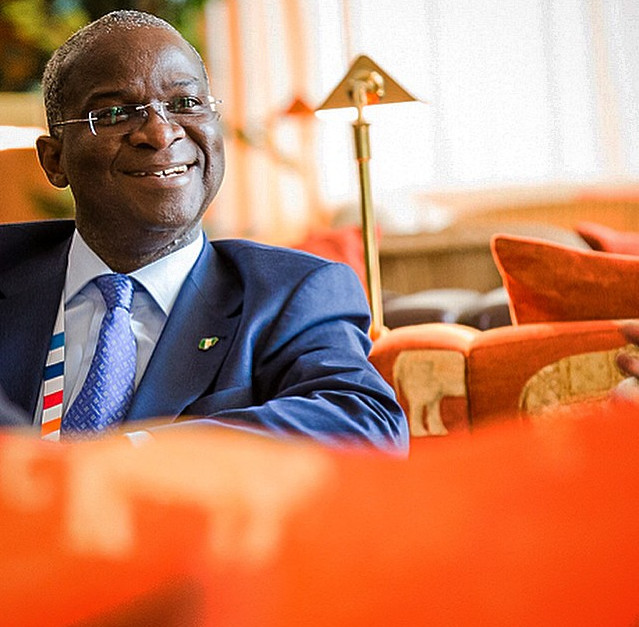 Lagos, April 1, 2016 (NAN) Some Lagos residents on Friday urged the state governor, Akinwunmi Ambode, to honour his predecessor, Babatunde Fashola, by naming some completed projects after him.

The residents made the call in separate interviews with the News Agency of Nigeria (NAN) in Lagos.

They said that Fashola recorded great strides as governor, adding that throughout his tenure, he did not name any project after himself or people close to him.

“We cannot talk about the transformation of Lagos without talking about Fashola. He really did well, especially in the area of infrastructural development and of a cleaner environment.

Ayeni described Fashola as a selfless leader, who was passionate about the development of the state and the nation.

Risikat Adio, a hairdresser, said that the fact that Fashola did very well in Lagos without giving credit to himself should be a natural reason for Ambode to honour him.

She urged Ambode to name one of the housing estates built by the former governor, after him as a way of recognising excellence.

“Fashola built houses, roads and other projects. The community where I live in Dopemu was rescued by his government after many years of flooding problem.

With all he did, he did not name anything after himself like most politicians do. Instead, he named many projects after Bola Tinubu, his predecessor.

I think it is fair that Ambode honours him too,” she said.

Taiwo Alao, a taxi driver, commended Ambode for consolidating on the achievements of his predecessor by completing old projects and starting new ones.

He, however, urged the governor to find a lasting solution to the problem of gridlock in the state to ease movement of motorists and commuters.

Alao also urged Ambode to speedily complete the light rail project, also commenced by Fashola, saying that when completed, the project would have massive impact on the lives of residents.

For Linda Okoli, an undergraduate at the Lagos State University, although Fashola did not handle some issues in her institution well, especially tuition fee increment, he should be immortalised with landmark projects.

According to her, the former governor, now Minister of Works, Power and Housing, did well in most areas. (NAN)