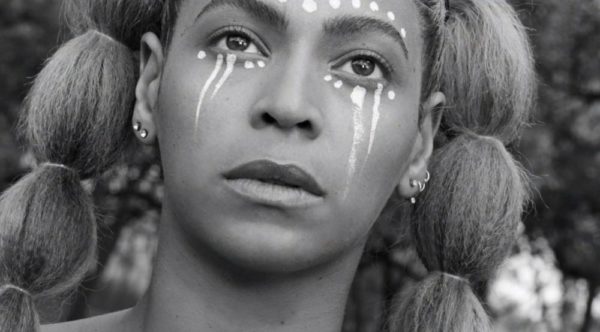 At my last count, Beyoncé’s lemonade has inspired about a dozen articles on the Osun (pronounced Oshun) deity –  a religious feature of African Culture.

Consequently, this has created some positive awareness about what is now described by the generic phrase, ‘Yoruba religion’ –  reflecting its root in the Yoruba culture that spans West Africa and Latin America. Personally, I’ve been impressed by how the subject finds its voice in light of other mainstream issues which Beyoncé’s lemonade brilliantly captures.

Similar to Beyoncé’s lemonade effect on the Osun faith, parallel values can be drawn with respect to other features of African Cultures by tapping into influencers who drive contemporary conversations today. This is in light of the image problems facing these cultures specifically in the areas of language and tradition. While in Cologne last year courtesy of the Goethe-Institute, I was checking out a store for shoes when Wizkid’s Ojuelegba came on the radio speaker. Even though I didn’t understand German, I quickly recognized the track as one of my favourites. It didn’t stop there. During a routine conversation with Nicko – my tour guide – he mentioned he was a fan of Wizkid. I remember I couldn’t help thinking of the fact that most of the hit tracks by Wizkid had a mix of Yoruba yet it seemed to resonate with my German friend. Excited, I went on to explain to him that Ojuelegba is a Yoruba word that literally means “eyes of a cane.”

However, by citing Beyoncé and Wizkid as examples, it can be tempting to argue that the universality of music or the entertainment industry makes for the best use case for leveraging influencers. Hence, more examples below.

Political Influencers
In conversations leading up to President Obama’s visit to Kenya last year, the little less known Luo language became the subject of some interesting articles casting Luo in the spotlight alongside the country’s popular Swahili language. It can be deduced that this rare media focus on Luo was as a direct result of its association with the iconic Obama than any other factor.

Religious Influencers
Similarly, during a British Council facilitated exhibition of Genii Games‘ Yoruba language learning app, Yoruba101 in Manchester last year, a visitor to my stand looked at the app and tweeted an introduction to Iyanla Vanzant. Prior to that moment, I’d never heard of her. My guest went on to add that she’s an avid follower of Iyanla who happens to be an adherent of the Yoruba religion. That’s when I drew the connection to why she was interested in the Yoruba101 app. Again, the influential figure that Iyanla is makes for a direct interest and promotion of the Yoruba culture as demonstrated by this context.

In the instances cited above, what we see is a trend that’s worth exploring in respect of our African heritage. It goes to show that one way to promote these declining values is by involving influencers who have the power to tilt conversations in favour of just about any subject. Also, the influencer role is such that it can be filtered using different factors including geography. Thus, when it comes to promoting Nigerian languages, our local influencers can play roles. Typically in Nigeria’s music industry, when I think Phyno, I think Igbo; when I think Olamide, I think Yoruba. I could go on and on but the point I’m trying to make is that these figures exemplify certain attributes of our cultures such that they can be consciously leveraged to promote them. In order words, the use of words that borrow from these native languages can be creatively channeled to further promote the languages themselves.

In conclusion, influencers may yet hold the key to stimulating interests in our African cultures against the backdrop of their decline. It’s in keeping with this age of the self where lots of commercially driven brands continuously leverage influencers for product promotion.