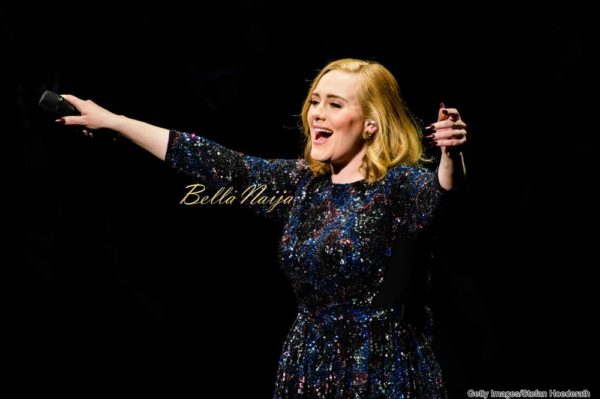 BERLIN, GERMANY – MAY 07: Singer Adele performs live on stage during a concert at Mercedes-Benz Arena on May 07, 2016 in Berlin, Germany. (Photo by Stefan Hoederath/Getty Images for September Management

Adele has announced that the music video of her single ‘Send My Love (To Your New Lover)’ is coming soon!

The video is set to debut during the 2016 Billboard Music Awards on Sunday, May 22nd. It was shot in London and directed by Patrick Daughters, who has previously worked with acts including Beck, Kings Of Leon among many others.

The singer is currently in the midst of a sold-out tour in Europe, which wraps up on Wednesday, June 15th.

‘Send My Love (To Your New Lover)’ is sure to be a hit, as “Hello” beat Taylor Swift‘s “Bad Blood” to become the most-viewed music video in 24 hours.

BN TV: Episode 5 of “The Voice Nigeria” was Amazing!