Amber Heard Files A Restraining Order Against Johnny Depp; Claims He Hit Her Many Times

Amber Heard has accused her estranged husband Johnny Depp of domestic violence and more details from the alleged assault have been revealed.

According to People, the 30-year-old actress says that her husband of 15 months Johnny Depp allegedly struck her several times throughout their marriage, but the final straw was an incident that occurred on Saturday, May 21st.

Amber says that Johnny hit her in the face with an iPhone and shattered various objects in the apartment. During the attack, Amber was on the phone with a friend and begged the friend to call 911. 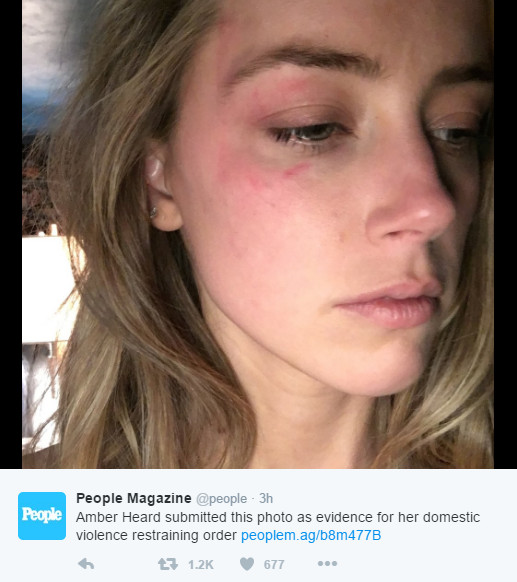 By the time the police arrived, Johnny had fled the scene so a report was taken. Amber reportedly refused to make a statement, so the cops were not able to arrest Johnny, but told her to call them if she changed her mind.

Amber claims that she has video of one of the beatings and has already revealed a photo of the bruises on her face and has filed for a temporary restraining order against her husband.