Buhari says Nigeria will comply with ICJ judgment on Bakassi 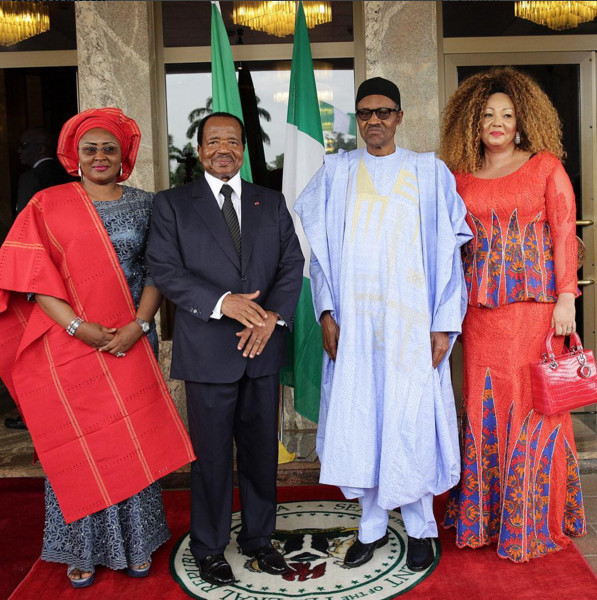 President Muhammadu Buhari on Wednesday assured that Nigeria will abide by the International Court of Justice (ICJ) judgment on Bakassi Peninsula.

Buhari spoke at a joint interactive he held with President Paul Biya of Cameroon and the media in Abuja. He said there was no cause for alarm, but added that the Federal Government would react to the maritime issue after a joint committee of Nigeria and Cameroon experts submits its report.

“On this issue, I want to tell the people of Cameroon to keep their mind at peace. Nigeria is an internationally respectful and law-abiding nation,” Buhari said.

The president noted that there was the issue of hydrocarbons in the Bakassi region which was brought to the attention of the International Court of Justice. He said Nigeria had accepted the judgment, but the technical aspect of the international waters had yet to be fully determined.

Accordingly, Buhari said that an international committee of experts from Nigeria and Cameroon was set up and the country was awaiting the report of that committee.

In his earlier remarks, Buhari appreciated the visit of President Biya and his delegation, adding that the bilateral meeting was fruitful and beneficial to the two countries. He said the communiqué had explained in detail what was discussed, but observed that security and the economy were paramount.

He said that Nigeria had decided to diversify its economy due to the fall in global oil price, adding that the country would focus on agriculture, solid minerals, among others. He said Nigeria was ready to explore its potentials hence the programme to quickly turn to agriculture and to ensure food security as well as create jobs for the youths.

Buhari noted that Nigeria’s economy was based on agriculture before oil was discovered and wondered why the important resource base was abandoned by past administrations.
“Now we have to go back to the basics and to do that we need the cooperation of our immediate neighbours,” he said.

Accordingly, Buhari urged cooperation in the area of security and also thanked the G-7 countries for assisting in the fight against insurgency via technology, communication and intelligence. Buhari, however, said that his administration was alive to its responsibilities and would remain focused in the fight against terror in the region and the continent.

Biya while responding to the allegation that his country was reluctant in joining forces with the Lake Chad Basin countries to fight Boko Haram, said that it was the handiwork of international media to malign his country.

“I must say that Cameroon was never reluctant in the fight against Boko Haram,” adding that he had heard at conferences that his country served as bases for the insurgent group. He said Cameroon stood to benefit nothing from the terror organization, whether in ideology or finances.

“This is just about bad press and Cameroon remains focused and committed in the fight against Boko Haram,” Biya added.

The News Agency of Nigeria (NAN) reports that President Biya thanked President Buhari and the Nigerian people for the warm hospitality accorded his delegation as well as the outcome of the deliberations.

Biya described Nigeria as a very beautiful country, adding that the bilateral meeting was held under a conducive and friendly atmosphere.

“Operation Crack Down”: Troops Block Insurgents’ Movement In and Out of Sambisa Forest