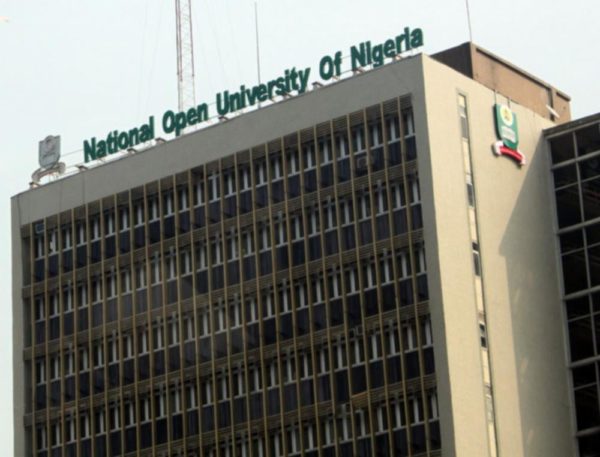 The National Open University of Nigeria (NOUN), has announced free education for Nigerian prisoners to help them to acquire formal education and improve their quality of life.

Dr. Jonathan Aliede, the Director, Abakaliki Study Centre of NOUN, made this known to the News Agency of Nigeria (NAN) in Abakaliki on Monday.

He explained that the measure was part of the university’s efforts to ensure that education was accessible to every Nigerian.

“The university is providing scholarship opportunity to all prisoners in Nigeria which means any person in prison does not need to border about paying for school fees in the NOUN. If supported by the Federal Government through adequate funding, this policy would make the university a very strong instrument of actualizing the educational programmes of this country,” he said.

Aliede said the policy was to ensure that education was available to every Nigerian irrespective of religion, sex, social and economic background and/or where one is living.

He described the NOUN as answer to the educational problem of the country in view of the number of students who take the JAMB every year and could not be admitted as a result of non availability of spaces.

“The National Open University of Nigeria is an answer to the educational problem of this country. This is in view of the number of students who take the JAMB every year and can not be admitted as a result of non availability of spaces.

Secondly, with the high cost of education these days, even the mission schools that are supposed to be cheaper are so costly that so many people can not afford it. Even the state universities are also not affordable because of the high costs.

This gap is what NOUN is here to bridge because it is very cheap as a federal university and the flexibility it offers also makes it possible for people to combine what ever they are doing.

It could be business or civil service they can conveniently combine them and still avail themselves the opportunity of acquiring skills and education through the NOUN,” he said.

He said the university had introduced conference marking of exam papers to checkmate the issues associated with missing scripts.

“The system helps to detect students who did not write the examination unlike what obtained in the past where scripts are marked in Lagos making it difficult for students in far away centres not able to tackle any perceived problems,” he added.

According to him, the students now graduate as at when due.

He, however, advised the students to be assiduous and remember that they were going into an already saturated labour market.

Related Topics:National Open University of Nigeria (NOUN)
Up Next