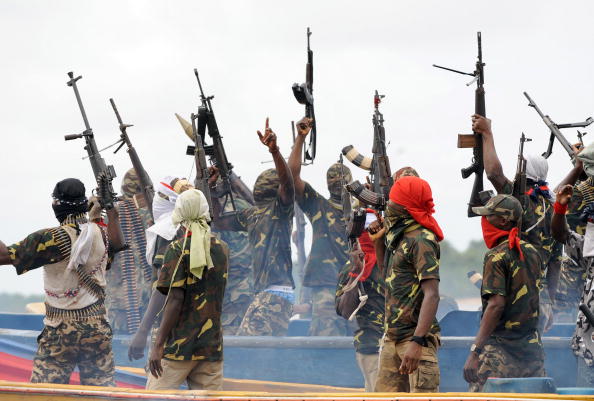 The militant group, Niger Delta Avengers (NDA) has released a statement distancing itself from the bombing of the  Agip (NAOC) pipeline on Saturday, May 21st 2016.

This is coming after the NSCDC confirmed the arrest of some of the suspects who allegedly carried out the attack on the oil facility.
According to the statement, the act was carried out during their 14-day cessation facilitated by “an illustrious Ijaw son of the Niger Delta”.
The group said that they are neither criminals nor oil thieves, but “concerned activists of the Niger Delta Republic”.
Read the statement signed by its spokesperson, Col. Mudoch Aginibo below: