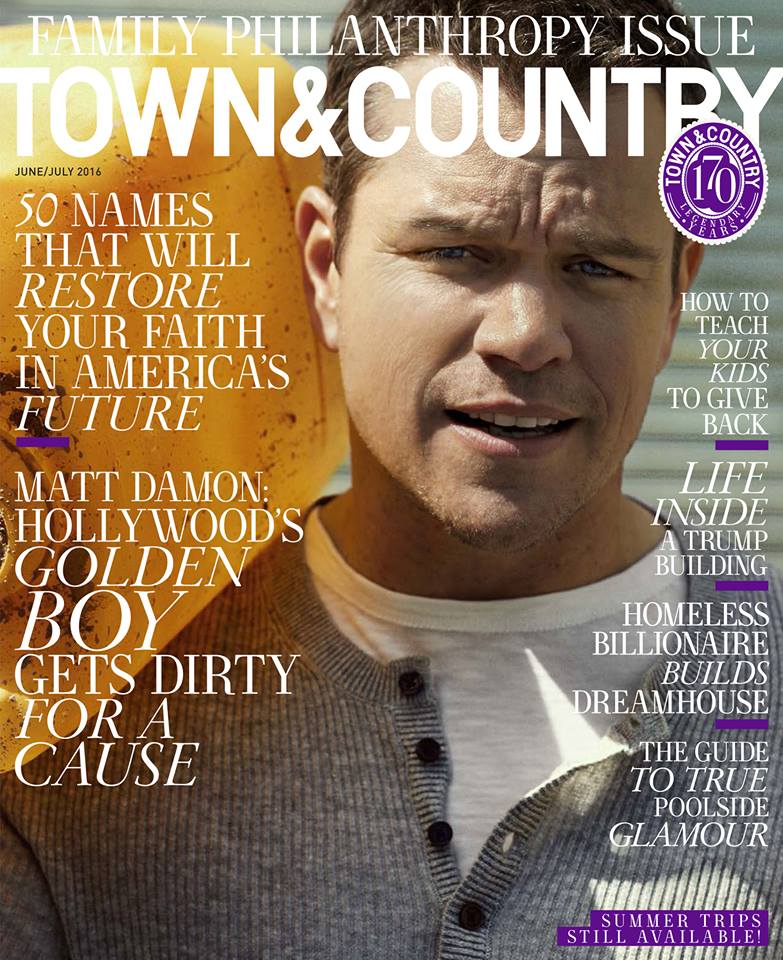 In the magazine he talks about his charity, using his influence as a celebrity, his reason for endorsing Hillary Clinton and much more.

Here’s an excerpt of what the 45-year-old actor had to share:

On the impact of being a celebrity and the influence that comes with it:
“I became famous. It’s surreal to suddenly wake up to one day and have a larger sphere of influence than you ever anticipated. You genuinely want to do good in the world, but you’re going to make a lot of missteps. People started asking me to come to this gala or that. And then I would find my name associated with things that I didn’t know anything about. I didn’t want to be somebody at whom people rolled their eyes, thinking, ‘What is he doing, getting into the middle of this kind of stuff?’ And that’s why, once my life stabilized a little—my career was going pretty well, my wife was pregnant—I decided to get very serious about one thing.”

On lack of access to uncontaminated water in areas where water is ubiquitous:
“We don’t know anyone who goes thirsty. We have faucets everywhere. Our toilet water is cleaner than what 663 million people drink. The crisis in Flint, Michigan, ironically, is one of the first times, at least in my memory, that Americans have become aware of just how necessary clean water is, and the dire consequences of not having it.”

On his endorsement of Hillary Clinton for President:
“She understands it from a number of different angles—as a national security issue, as a human rights issue, and, obviously, its impact on women and girls. This is not a partisan issue, which is one really good thing about it. We’ve talked in equal parts to Republican and Democratic senators and congressmen.

Read up the full issue here.