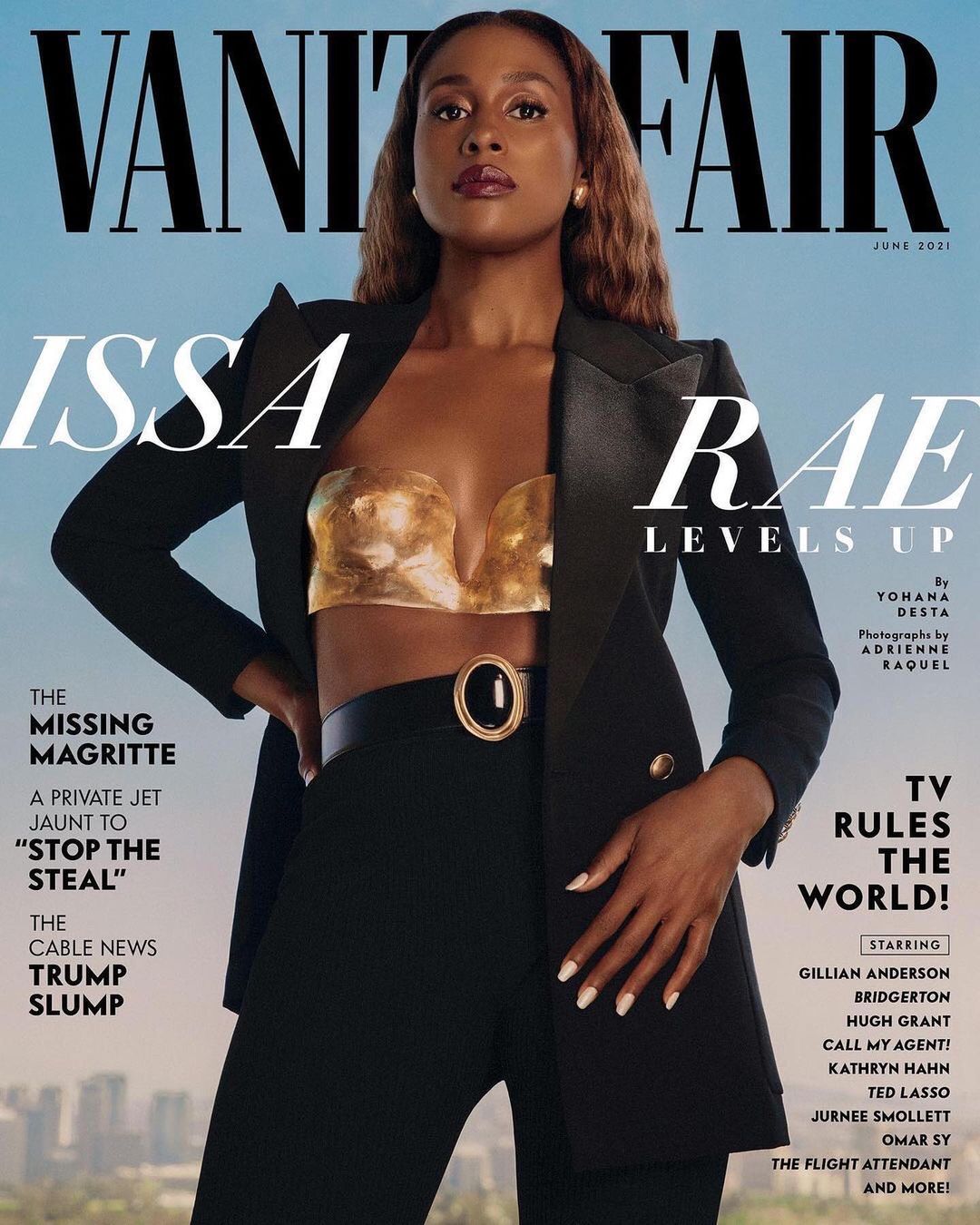 Clothing and a belt by Saint Laurent by Anthony Vaccarello; earrings by Tiffany & Co. Elsa Peretti. Photograph by Adrienne Raquel

Issa Rae is back on the covers, this time she is featured on Vanity Fair. Issa Rae is bringing us some much-needed black girl magic, that is perfect for Vanity Fair. Photographed by Adrienne Raquel, the witty thespian channels boss lady vibes in pantsuits and black looks, and styled by Shiona Turini rocked a classic bold lipstick and bronzed eyeshadow to emphasize her body jewellery.

For this issue, Issa Rae discusses the highly-anticipated final season of “Insecure“, producing a docu-series about Black 20-somethings in Los Angeles titled “Sweet Life” and being of Senegalese descent.

Vanity Fair revealed that Issa is working on a revival of Matt Damon and Ben Affleck’s HBO docuseries “Project Greenlight,” which gave money and support to aspiring filmmakers.

The series is known less for the films it produced than for a scene in its final season, in which Damon pushed back against producer Effie Brown for saying that the casting for the participants in the series should have been more inclusive.

…Rae’s excitement lies predominantly in offering overlooked directors a place to shine: “I want this version of the show to make filmmaking feel attainable.” 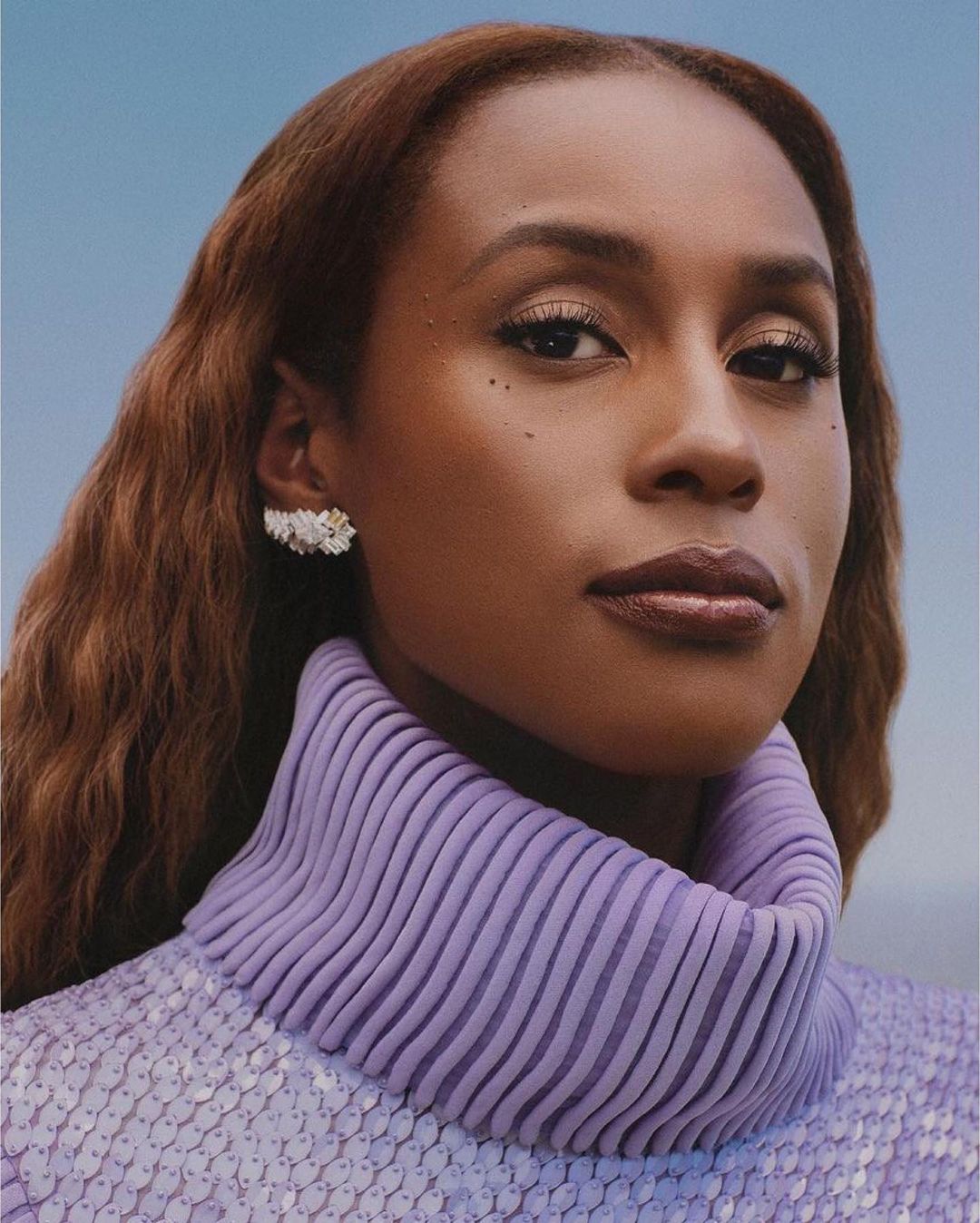 On writing and being in the same show she created

Girl, no! I’m never doing this again… Before you asked that question, I told myself I would never write and be in a show that I created again. It takes up a lot of your life, and I like to do a lot of things… I love doing this show. I’m so grateful to be able to do this show. But that’s just not really for me. 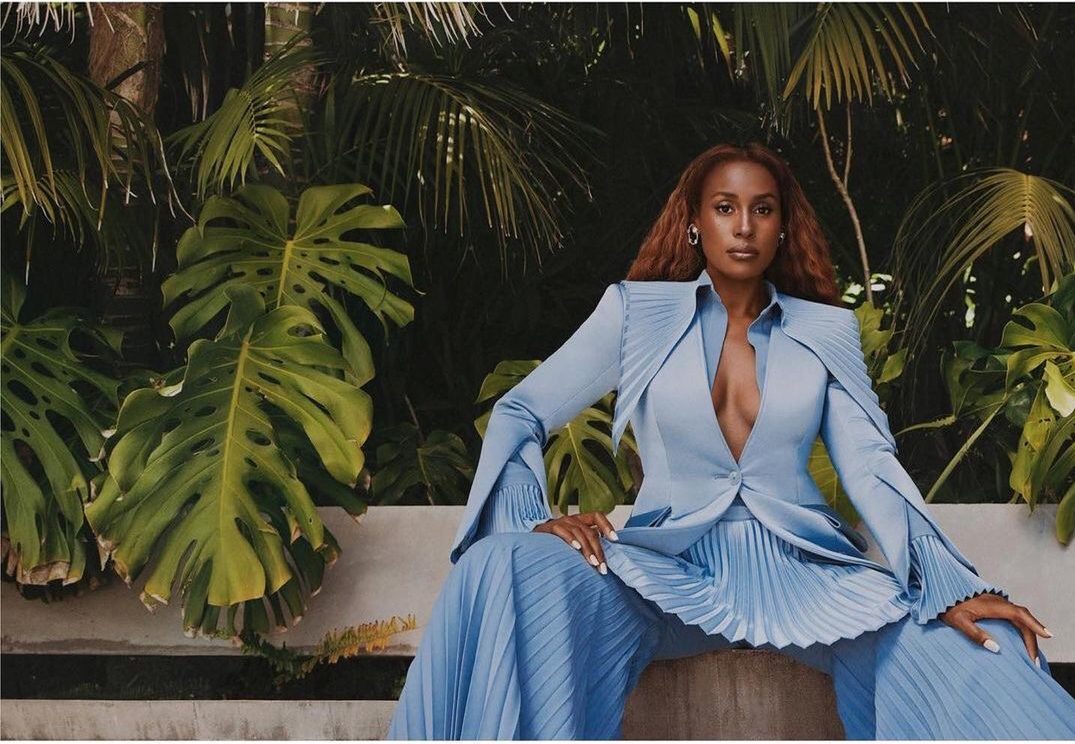 On being of Senegalese descent and going on a visit

I feel disconnected from it… I wanted to go back in 2020. That was going to be the year, and then that got derailed. But so much has changed… I just know that it wouldn’t be the same… I would love to have a house there… I would love to take my future kids there, and maybe give them the same type of childhood and appreciation that my parents gave us.