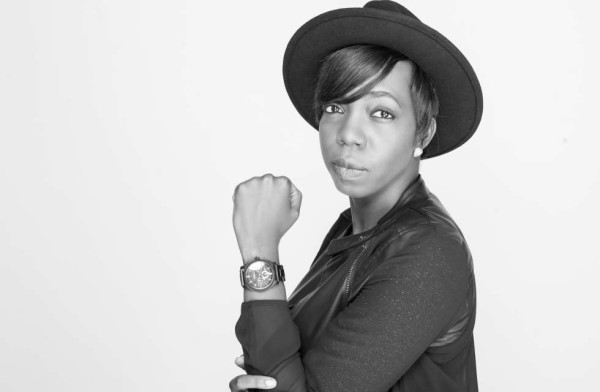 Osagie Osarenkhoe, also known as This Metal Chic, has been accused of fraud by Baseline Records, home to Skales and Aramide.

Osagie, currently managing Skales, has been accused by the record label of stealing the sum of N13,374,000 in the past 12 months. The record label has released a length petition addressed to the Inspector General of Police and right now Osagie is at the Police Station as they try to sort things out.

The petition reads in part:

On the 11th of July, 2014 the company entered into an Artiste and Record Company Multiple Right Agreement (the “Contract”) between itself and Raoul Njeng Njeng (also known as Skales) for the provision by Skales of exclusive recording services to the Company for a period of 5 (five) years.

Skales introduced Teresa Osagioduwa Osarenkhoe to the Company as his manager and stated her duties to include inter alia tour bookings, strategy and promotion. In order to avoid a situation where accounts will be disputed, the Company set in place a procedure for the remittance of monies received from performances, tours and brand endorsements involving Skales. The procedure implemented at the beginning of the Contract was the payment of all monies received in pursuance of performances and endorsements into the Baseline account, whereupon the 30% due to Skales would be transferred to his (Skales’) account after the deduction of expenses. The above procedure was implemented at the beginning of the Contract and monies were remitted in the manner stated above. The Company however noticed that rather than remit monies to the Company account as agreed, Teresa Osagioduwa Osarenkhoe falsely dictated to event promoters that monies were to be paid to her personal accounts.

In all the circumstances where monies were paid to Teresa Osagioduwa Osarenkhoe’s personal accounts, these monies were never repaid to the Company.

The Company noticed that although Skales was listed as performing at various concerts, shows, tours and other events, none of the monies received from these events was remitted to the Company. In this regard, the Company invited Skales and his manager Teresa Osagioduwa Osarenkhoe to various meetings seeking an account and a reconciliation. At these meetings, both Skales and his manager Teresa Osagioduwa Osarenkhoe insisted that the events in question were not paid events and as such there were no monies to remit. These dubious activities continued for a period of 12 (twelve) months wherein the Company was fraudulently deprived of its legitimate earnings by the said Teresa Osagioduwa Osarenkhoe as payments made for performances were paid directly into her account in violation of the procedure set up for payments at the beginning of the Contract. The Company in March of 2016 decided to catalogue some of the paid shows, performances, concerts and tours wherein Skales performed and the monies were fraudulently converted for personal use by the said Teresa Osagioduwa Osarenkhoe.

By the Company’s estimation, from the aforementioned events, Teresa Osagioduwa Osarenkhoe has fraudulently converted the sum of N7,474,000 from this brief period without accounting to the Company or making payments first into the Company’s accounts as stipulated in the Contract. This is without factoring all the other performances, tours and shows where no remittance was made from the period January 2015 to April 2016.

Given the above circumstances, the Company believes that a fraud has been committed against it by Teresa Osagioduwa Osarenkhoe. The Company hereby appeals to your good office to investigate this matter in the interest of fairness and justice.

Osagie has also spoken out about the ongoing case via Twitter: