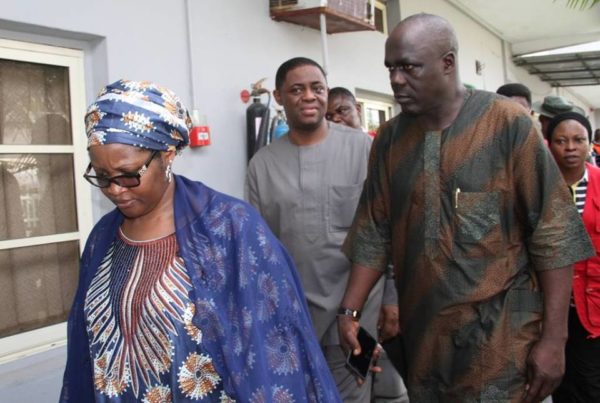 The Economic and Financial Crimes Commission (EFCC) on Tuesday arraigned a former aviation minister, Femi Fani-Kayode, accusing him and three others of laundering N4.9 billion.

Fani-Kayode, who served as director of media and publicity during the campaign of former President Goodluck Jonathan, is facing a 17-count charge bordering on unlawful retention, use, and payment of money to the tune of about N4.9 billion.

According to the EFCC’s charge, the accused were alleged to have committed the offences between January and March 2015.

In counts one to seven, they were alleged to have unlawfully retained over N3.8 billion which they “reasonably ought to have known” formed part of the proceeds of an unlawful act of stealing and corruption.

The News Agency of Nigeria (NAN) reports that Fani-Kaoyde and others pleaded not guilty.

The prosecutor, Rotimi Oyedepo, informed the court that he was prepared to proceed with the trial at any date of adjournment.

Justice Sule Hassan, in a short ruling, adjourned the case to July 1st for hearing on the bail applications filed by the defendants.

The judge ordered that the defendants be remanded in prison custody pending ruling on their bail application.