Jennifer Nagu: Baby in the Gorilla Pen Saga Makes You Wonder About the Value of One Nigerian Life 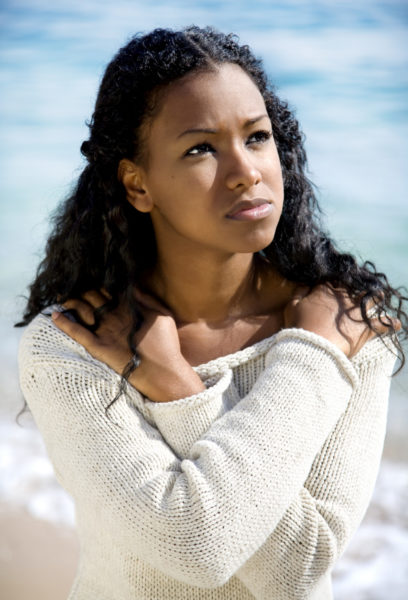 A few weeks ago, animal right activists protested the killing of a gorilla “Harambe” who was shot Monday in the Cincinnati Zoo. The shooting of the gorilla was to allow authorities rescue a child who had fallen into the animal’s enclosure. A change petition even called for the parents of the 3 year old boy to be held responsible for the death of Harambe, the 17-year-old male gorilla. The petition garnered over 300,000 Signatures in the USA alone.

Watching the video rather intently from the little screen of my personal computer gave me chills. I most certainly feared for the toddler when the ape in a swift motion, dragged the toddler flat on his back, from one end of the enclosure’s moat to the other.
Despite widespread criticism of the shooting, the zoo authorities said they would make the same decision again.

Whether the gorilla should have been killed or not? I leave to providence to decide; however, what interests me the most is how seemingly obsessed some people are with the life of this gorilla. It is such that they have come to believe that an animal’s life is worth more than a human’s. The notion of human life being more valuable than an animal’s is debatable to many.  However, to me human life takes precedence. Don’t get me wrong. Both humans and animals both have “worth”, but humans have much more worth than animals.

This is because, humans have brought more progress and advancement to the world than other species. Humans have the power of imagination, the power to visualize things, to be self aware and to question existence. Lastly, humans  possess great potential to make contributions to science, medicine, the arts, which inturn touches the lives of other species. All these reasons are irrefutable. According to calculations  by economists in the united states on estimates to how much it takes to maintain life from birth to death, the figure is given at $9.1million. This is a bit up from the $6.8 million figure set from years before.

If figuratively and philosophically life is worth this much,then life should be treated preciously; and when lost, should be mourned profoundly.

I was walking down a popular street in the Ikeja, Lagos last week, when I spotted a helpless looking man wearing a clean shirt, and blue tie to match. He lay flat on his back with no signs to show that he was conscious. By this time a crowd had gathered: arms folded, shaking heads, passing comments and feeling sorry over the situation.

I moved close enough to see blood gushing off the side of his neck. It was a gory sight. The blood seemed fresh and flowed like the River Niger.
The police officers at the far end of the road operated like it was business as usual. I broke out in hives of protest shooting a sudden question at my companion, “Why is nobody trying to find help? Why are the police Officers carrying a non-chalant attitude to a matter as urgent as saving a  life? Would he be left to die like that?

It is no secret that in Nigeria there is little regard for human life. Lives like the man in my story, are lost en-mass everyday. And business goes on as usual. My colleague at the office came in with story of a fatal accident he witnessed on his way to work. A drunken trailer driver had run into a commercial bus carrying over 16 passengers. Blood flowed everywhere.  In such a situation who takes responsibility to ensure that our roads are not overtaken by killer drivers? So many unanswered questions.

Perhaps as a country we should begin to ponder on how far we are willing to go to keep everybody safe, healthy, and alive. Let’s consider whose responsibility it is to protect lives, and let us hold them accountable.
We should also consider how much time are we willing to invest to ensure that someday a death of one Nigerian is seen as critical and steps are taken to prevent loss of lives in the future.

Even as we struggle to provide answers to these questions in our minds and as a nation, my thought is this: no one can value your life as much as YOU do. You owe yourselves that much favor. So watch out for yourselves FIRST. Stay out of trouble. Live healthy. Don’t Drink and Drive. Watch your Kids for petesake! And always stay Vigilant .

Just because life is valuable and has no spare!

Kayode Omosebi: Changes in the Market Place? This is a Good Time to Review Your Business Model

Chika Uwazie: How HR Technology Can Streamline Your Business