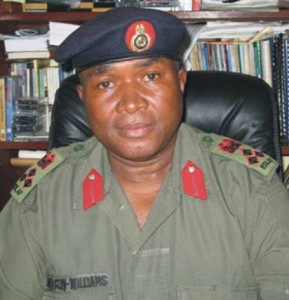 The Sierra Leonean Deputy High Commissioner to Nigeria, Maj.-Gen. Nelson Williams who was kidnapped on July 1 in Kaduna by suspected gunmen has regained freedom.

This is contained in statement issued by the Force Spokesman, Deputy Commissioner of Police, DCP Don Awunah in Abuja on Tuesday.

It said that Williams was released at about 4PM on Tuesday along Abuja- Kaduna road following credible intelligence and technical support.

The statement said there was intense police activities on both land and air patrol within the area.

It said that Williams was in good condition and has been reunited with his family.

The statement said that the Inspector-General of Police, Ibrahim Idris assured members of the diplomatic corps and other foreigners of their safety and security in Nigeria.

Related Topics:Maj.-Gen. Nelson Williams
Up Next

Win Big in the #ihaveeventone Challenge!! Wash + Upload And Stand A Chance Of Winning A Brand New Car