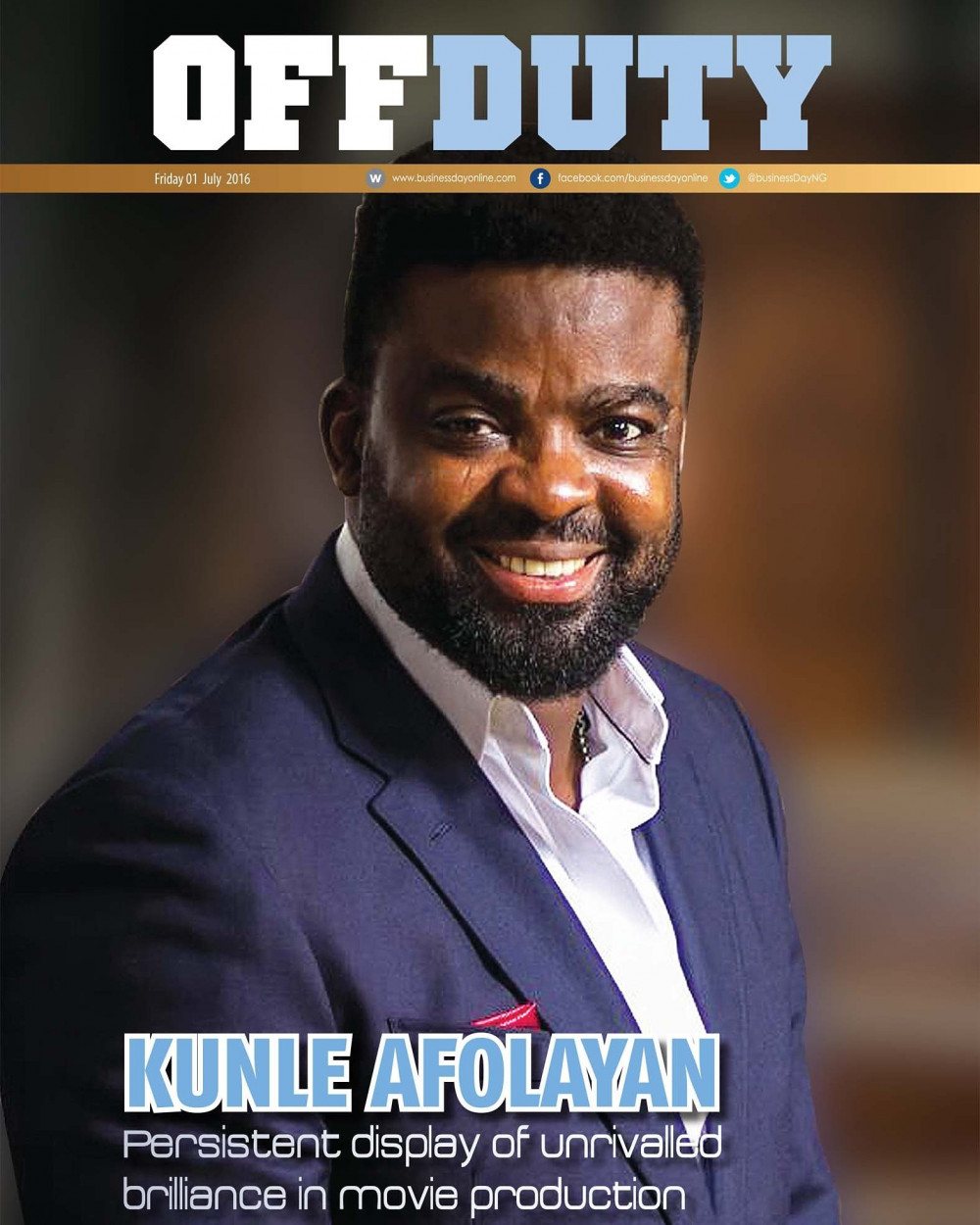 Kunle Afolayan is the cover star of the most recent BusinessDay’s Off Duty magazine.

Since 2005, he has been active in the Nigerian film industry and has made extremely popular movies including, The Figurine: Araromire which was in the Yoruba and English languages and Phone Swap which featured Wale Ojo, Joke Silva, Nse Ikpe Etim and the legendary Chika Okpala. The Figurine won five major awards in the African Film Academy and experienced tremendous success in the Nigerian movie theatres.

In this issue of Off Duty, he speaks to Business Day’s Kemi Ajumobi where he talks about his craft, challenges and the some keys to success.

On his journey into film making
I started acting in 1998. I started my own company in 2005. First of all, I retired as a banker, then, I went into acting and later into making my own movies. Everybody has their own ideas and what prompts them to make their movies. It’s what and how they think that makes them produce the movies that they do. Everybody can’t think the same way or alike.

On the secret behind his successful movies
Truth is there is no secret. I do a lot of thinking. I look at the way things are, the things happening around me and I don’t stay idle. Just barely from thinking alone, I construct movies in my mind. My background and where I am from also influences the movies I create. Whenever I want to produce a movie, I make sure that I leave people thinking, I make them ask questions, I usually don’t conclude my movies, I let viewers talk about it, I leave them wondering. I try not to entertain alone but also to get them thinking.

On making “October 1st” and “The CEO”
October 1st was a good movie. It got people thinking and asking questions. So also the CEO as well, it’s a really fascinating movie. Something that will keep you on edge and make you ask lots of questions. Both of them have good productions. Everything about both of them was good.

On the cost of producing “The CEO” and October 1st”
The cost for CEO is around 2 million dollars and the official release is going to be on July 15th. That is the cinema release. October 1st cost about 2 million dollars as well. I can’t really lay my hands on how much I really made from the movie. I guess I made quite a lot but can’t say precisely.

On his endorsements and alliances
At the moment, I am brand Ambassador to Air France, Peugeot Nigeria and Hebron. It’s a good thing that these industries are seeing value in Nigerian films and industry. It’s something that is really good for the industry and majority of them are not even Nigerian companies. They have their head office outside of Nigeria and they still see the need in engaging and adding value to Nigerian film industry.

On how film makers can make money for their gift
I think producers should look at the way things are in Nigeria first. Even those producers that studied abroad, they should also assess the environment first, then add the ideas together. It is not enough studying abroad, it’s necessary that you look at the environment you want to produce that particular movie. It’s not enough making movies, but then you should take into consideration what the viewers like and their expectations. This would help tremendously.

His advice to actors, producers, directors who are discouraged and struggling
My advice would be that they shouldn’t give up, be persistent and put in your best.

For more on this issue, head on to BusinessDay or grab a copy from the newsstands today.

31-year old Actress, Scarlett Johansson is the Youngest & Only Woman on the “Top 10 Highest-Grossing Movie Stars of all Time”!

Yay! It’s a Baby Boy for Mavin Star Di’Ja and her Husband