Busola Adedire: 5 Things That Come with Wealth that May or May Not Change Your Personality 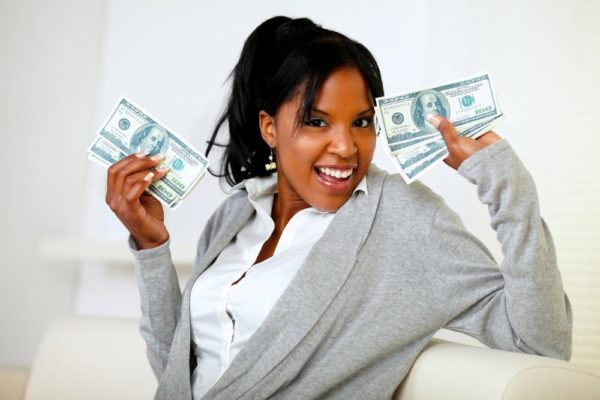 I spent the afternoon listening to my Youtube playlist and trying to get some work done when Patoranking’s ‘Make am’ came up. It was love at first listen! I love the video, the message and even the singer himself. With Patoranking, it’s been one hit after another… wow, son!

It wasn’t my first time listening to ‘make am’, but this time around it was a lightbulb moment when I heard ‘Na so money dey change people’. I stared into space for few minutes and decided to write this piece.

I am one who is plagued with a major phobia for fame, and its other twin… excessive money. I am of the opinion that before you attempt anything that will land you in the midst of either, you need to ask yourself some serious questions. How can I handle the exposure, and how do I remain grounded in character. You see prosperity is not entirely a bad thing but the demons attached to it is something we often don’t talk about. So the question is: does money change people… and how?

Independence
I was sixteen when I got my first job and I could never forget the euphoria I got from holding my first pay slip. I hate to admit it, but there is a huge sense of freedom you get from making your own money and not being told how to spend it. If left unchecked, it can span into a sense of entitlement and over inflated self-worth. In extreme cases, ‘delusions of grandeur’, which is characterised by narcissism and the condescension of others. I don’t know about non-religious people, but I have seen that spirituality helps to counter the negative effects of independence as you learn to see everyone through the creator’s loving eyes. It also keeps you humble, as you hold the belief that you are nothing more than a product of grace.

Self-sufficiency
Right after independence, is self-sufficiency. This is the mentality that you ‘don’t need anyone’. In some aspects, it is good to be your ‘badass self’ but if you don’t know how to work with other people or ask for help when you need it, you can’t go very far in life. I remember having a conversation with my brother, where he highlighted that, ‘rich people’ are at higher risk of a divorce than ‘poor people’. Possibly, the ‘middle class’ are also at a similar risk as the rich people as they are not particularly poor. He said ‘co-dependency’, albeit not always healthy, forces people to stay together and fight for love. On the other hand, self-sufficiency allows people to give up easily on relationships that could have otherwise worked out.

Less empathy
The class divide that money brings is something that makes people less sensitive to the plight of the poor. Sometimes, this happens unconsciously, as some struggles are almost unrelatable; but, the good news is that empathy can be learned. Read some more… talk to a stranger and be open minded!

Control
It is a widespread assumption that whoever has more money in a relationship, usually controls it. Don’t ask me how we have arrived at this archaic conclusion, but it manifests itself every day in the average Nigerian setting. Maybe it’s the culture, but I don’t see this ideal fading away anytime soon. I remember a conversation I had with my brother about ‘ready made’ guys, and he said to me that anyone who will date/marry ‘ready made’ guys should be prepared to be dispensable to them as they have more ‘options’. Now, ideally… it shouldn’t be be so! But in reality, this could not be farther than the truth because in all honesty, women are attracted to resources which in turn favours men to pick and choose. I am not the one for gender wars, neither will I tell you not to be submissive… but there is such thing as ‘too controlling’.

Addiction
I read somewhere that rich people are plagued with more demons than poor people. Errrhmm, I don’t know how they arrived at this conclusion but I like to think that it is mere human nature that makes us vulnerable to different types of demons. Poverty has its fair share too, I don’t know which is worse. But addiction in the wealthy comes in different forms from food to materialism to substance abuse. These are merely ways we try to mask pain as man from the beginning is broken. We try, and we try… Club hopping, alcohol! The designer shirt, pop one, two, three pills! Peruvian hair, I must stun by force! The next day, the pain still remains… It never left! What does that say about happiness? What does that say about Life?

We are all thriving here and we are all looking for sunshine. Life hands people different cards, demons included. You just have to learn to deal yours with grace and hope for better ones in due time. In the meantime, be grateful! And the next time you are tempted to sing davids’s ‘I want to lowo’ with the highest enthusiasm ever, ask yourself one question… Can I really handle wealth?