Commissioners, Others Allotted Lands in Ebonyi for Compulsory Rice Production 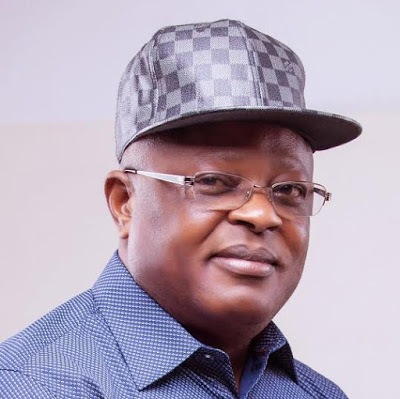 Ebonyi State Government has revved up its agricultural programme by mapping and allocating lands to  the members of the Executive Council (EXCO).

The event which took place at Ezillo Government Farm in Ishielu Local Government Area is the first phase of Governor David Umahi‘s policy to involve every segment of the society in massive rice production.

The Commissioner for Agriculture and Natural Resource, Uchenna Orji, led the team comprising Agric Extension workers and officials of International Fund for Agricultural development (IFAD) to carry out the exercise on Saturday.

Orji, according to a statement on Monday by Emma Anya, the chief press secretary to the Governor, 140 hectares of land were allocated to the EXCO members for the cultivation of rice under the Multi-Purpose Co-operative Society Ltd in line with IFAD requirement for co-operative system and  the CBN

The remaining 1,360 hectares were set aside for other cooperative societies and individuals that have already keyed into the policy  through the IFAD and Central Bank of Nigeria (CBN) – anchor borrowers programme.

Orji, who described the agric programme of the Umahi’s administration as all inclusive, said tractors would be mobilised to the site immediately in line with the governor’s vision of massive rice production for commercial quantity.

He added, “We do expect that through the Senior Special Assistant on rice production, Itakpa Azobu, that latest by Monday, July 4, we will mobilize our tractors to come here. It is in line with governor’s vision that we should not only go into mechanization of farming, we should go commercial. We are going to express that this 2016 farming season.”

In an interview, the Commissioner for Information and State Orientation, Senator Emmanuel Onwe, said it was EXCO’s decision that any individual of mature age, whether government appointee or civil servant,  must cultivate at least one or  two  hectares of land to boost agriculture in the state.

The Dean, Faculty of Agriculture, Ebonyi State University, Prof. Folusho David, commended the agricultural policy and called on government to continue the sensitization of farmers in the area.

Other EXCO members who spoke, were the SSA to the governor  on Rice Production;  the Commissioner for Commerce and Industry, Obinna Nwachukwu, SSA on Infrastructure Maintenance, Hon.  Ali Odefa; Commissioner for Education, Prof. John Eke, and Commissioner for Justice, Barr. Augustine Nwankwagu.

They said EXCO was poised to demonstrate to the world that Ebonyi State was a rice producing state.

Elizabeth Ogbaga,  the commissioner for Border Peace and Conflict Resolution, who spoke on behalf of  the  female EXCO members,  said tomatoes production would be their major area of concern.