A medical doctor on Twitter @DebonairDoctor has lamented the neglect of the welfare of doctors in the country by the Federal Government.

The Twitter user shared a thread discussing the spread of Lassa fever in the country.

An outbreak of the disease has, this January, been experienced in Kogi, Ebonyi, and Ondo states, with suspected cases in Kwara State.

The Twitter user, in his thread, lamented the death of Victor Ahmed who he said was his classmate.

The Federal Government and hospitals are doing nothing to curtail the spread, he wrote, and news of the outbreak has mostly been kept out of the media. 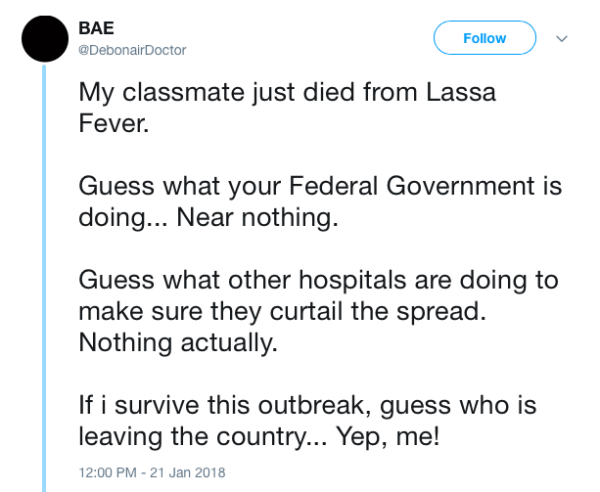